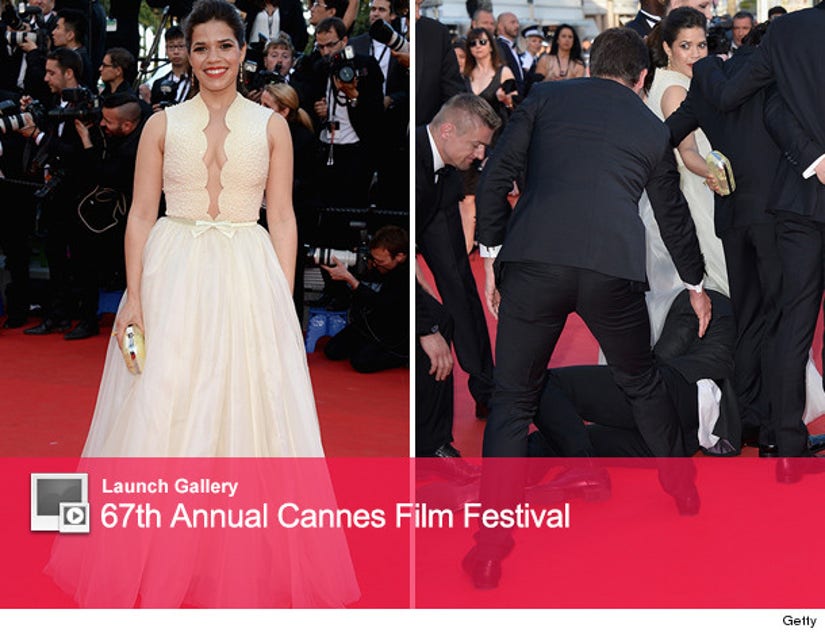 A man tried to sneak under America Ferrera's gown at the "How To Train Your Dragon 2" premiere during the Cannes Film Festival on Friday.

The actress kept her cool as the unwanted guest tried to slip under her dress, at one point grabbing onto her ankle. He was quickly dragged away by security. See more photos in the gallery above.

Despite the drama on the red carpet, the "Ugly Betty" alum looked lovely as she posed in the cream-colored embroidered frock, which featured a deep plunging neckline. She pulled her brunette locks away from her face in a chic updo and added a pop of color with a bold red lip.

While the 30-year-old has starred in a series of movies since her beloved ABC dramedy ended in 2010, she will always be Betty to us!

During a recent appearance on "Watch What Happens Live," America admitted that she still keeps in touch with "everybody" from the cast of the hit ABC show and would love to film a reunion some day.

"I loved the years that I got to play Betty," Ferrera said. "I miss playing her, and I would relish the opportunity to play her again."

What do you think of her latest look? Tell toofab in the comment section below, and click "Launch Gallery" above to see more stars on the red carpet at the Cannes Film Festival! 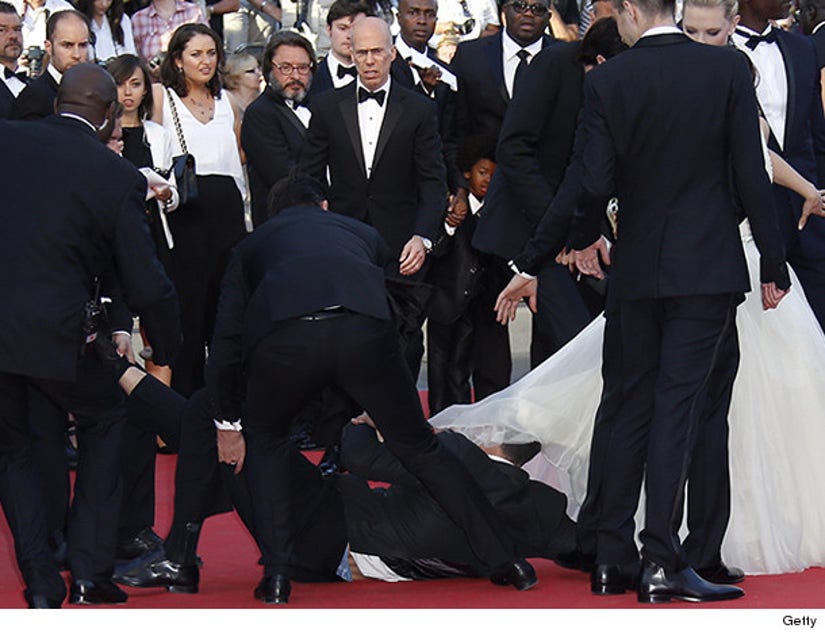