The "Glee" star stopped by "The Late Show with David Letterman" on Friday, where she explained what's really ﻿happening on set between her and Naya Rivera.

"It's really unbelievable the amount of things that can just be completely made up," the 26-year-old actress told the late night host. "And it's really frustrating," she added in reference to rumors that Rivera may be getting fired over a feud with Michele.

The "Legends of Oz: Dorothy's Return" star went on to say "the way people like to pit women against each other … is really annoying and it's sad."

To her credit, Michele laughed the whole thing off and told Letterman that if there were ever a catfight on set, it wouldn't be a secret. “You'd know, because I'd get a ring and I'd put Jell-O in it and I would make it, like, fun for everyone, and it would be super hot!” she joked.

Check out the video above to see what else she said about Naya!

"Glee" creator Ryan Murphy told Extra earlier this week that the rumors have been blown out of proportion.

"I don't think there is a story between Naya and Lea. I always marvel at the things that become headline news that most of the time are completely fabricated," he explained. "Naya's coming back next year, Lea's coming back next year. Anybody ever in that cast has an open invitation to come back and finish the character they so beautifully started." However, Rivera — who plays Santana — was noticeably absent from the show's season 5 finale.

We'll have to see what happens next! 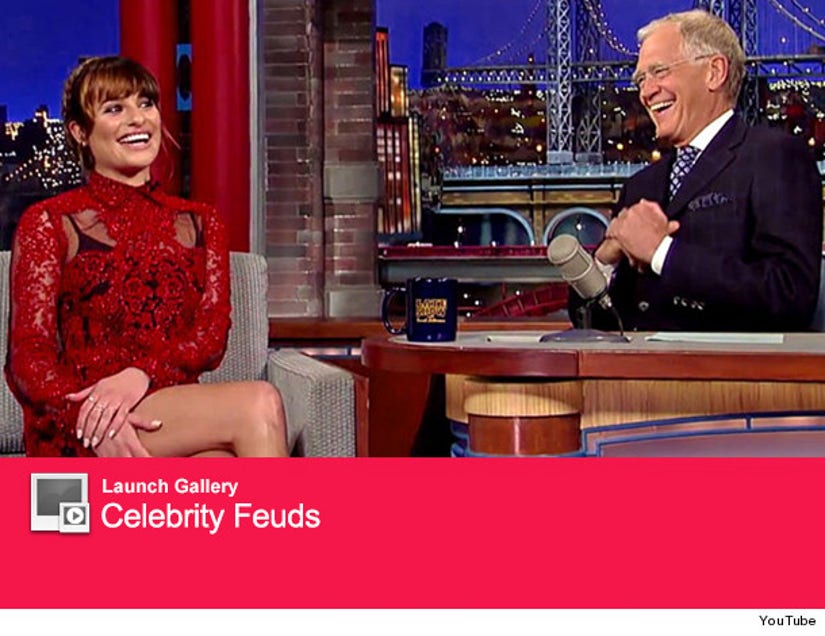