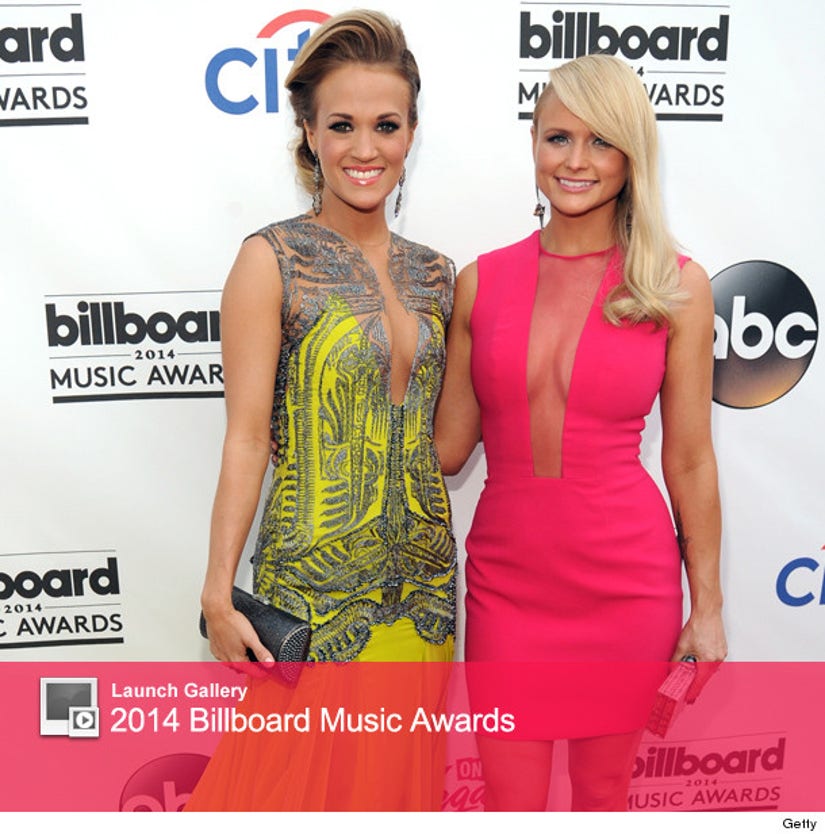 The country cuties are showing off their girls!

Miranda Lambert and Carrie Underwood showed off their sexy sides at the 2014 Billboard Music Awards, both flaunting major cleavage on the red carpet.

Mrs. Blake Shelton rocked a magenta mini dress with a sheer panel down the front, while the "American Idol" alum sported a chartreuse and silver lace chiffon gown, also featuring a plunging neckline.

The blonde beauties are hitting the stage together tonight to perform "Something Bad" from Lambert's forthcoming album, "Platinum."

Underwood is one of the finalists for the fan-voted Milestone Award, along with Ellie Goulding and OneRepublic.

Check back with toofab to see all the best moments from the show, and click "Launch Gallery" above to see all the stars on the red carpet at the 2014 Billboard Music Awards!

Listen to the the audio track of "Something Bad" below.