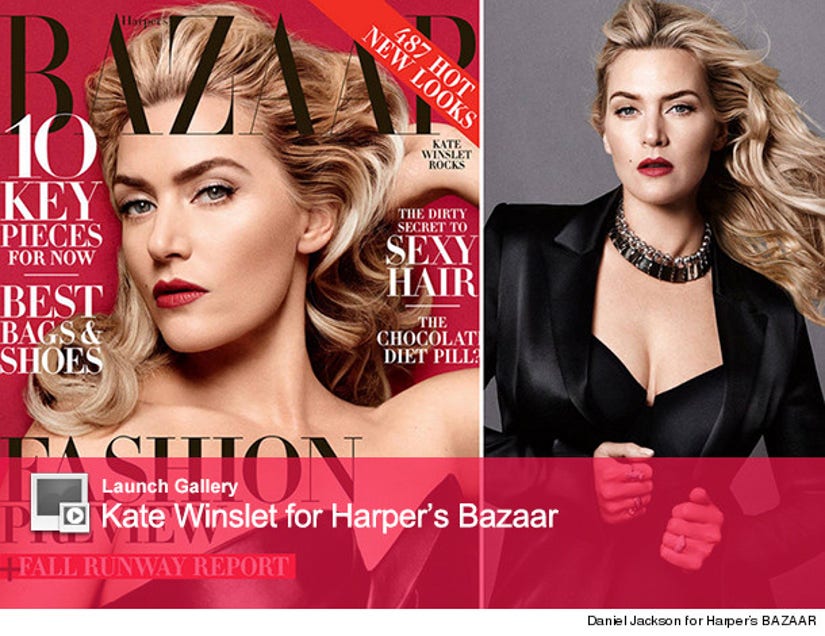 Kate Winslet may be an Oscar-winning actress, but she insists that her life is anything but glamorous!

The "Divergent" star is gracing the cover of the June issue of Harper's Bazaar, where she talks about living a double life as a Hollywood star and as a wife and mother.

"It's a very strange place to be," she tells the mag. "Because the truth is, I'm not famous until I am in those moments. Those are the times when I am suddenly famous. My real life is a very real life. And I know I say this all the time, but it's really true. Thank God."

The 38-year-old beauty star tells a story of getting her first manicure in months, adding, "I know it sounds very self-effacing because people say, 'Oh, you're a film star. People probably come to your house to do it.' But I don't have the time to get my nails done apart from when I'm doing a photo shoot."

Right now, the new mom lives in Chichester, just south of London, and goes out of her way to avoid the very-public life of an A-lister.

Winslet's enjoys that her marriage to Richard Branson's nephew Ned Rocknroll is still a mystery to fans. "Nobody knows him — it's brilliant," she says. "They like to think they know him. They like to be judgmental because of his name and everything, but it's fabulous because no one knows anything about him."

The two met on the night of the infamous fire on Branson's Necker Island three years ago. "We really could have died," she recalls. "The house burned to the ground." Winslet rescued Branson's mother, Eve. "I carried her out of the house and down some very slippery stone steps. Lucky she's tiny!" She gives a wry smile. "She's my son's great-grandmother now, so it's such a strange thing to talk about."

The blonde bombshell also opens up about turning 40 next fall, saying, "I'm quite excited about it actually. I really enjoy getting older. You just don't worry as much."

We love Kate's attitude on aging!

To read Winslet's full interview, visit Harpersbazaar.com or pick up the June/July issue, on stands May 27.

Click "Launch Gallery" above to see all the photos from her cover shoot!