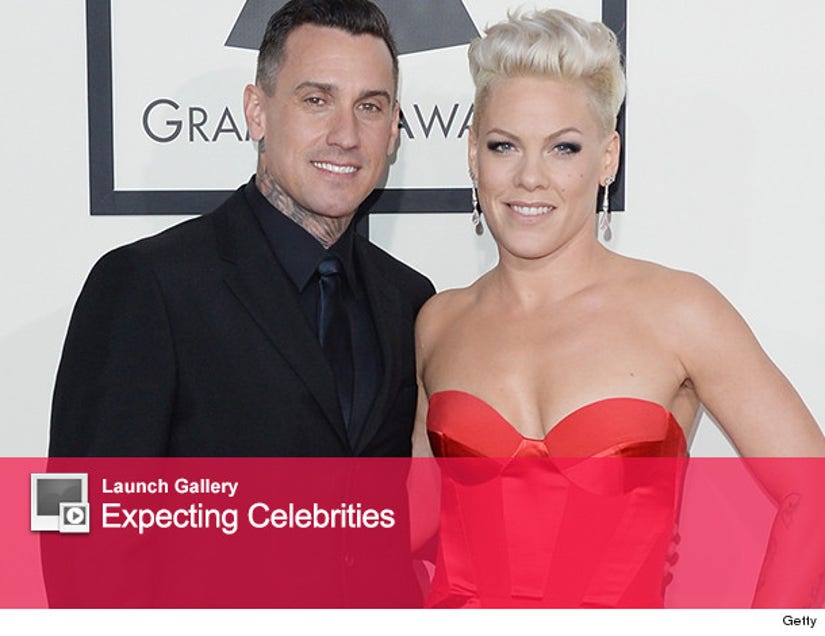 Is Pink expecting baby no. 2?

The singer shared a cryptic message on Twitter Friday, writing, "I love that every time I find a box of Girl Scout cookies I'm pregnant. Guilty: I'm having a thin mint:)."

No one knows for sure if the mother-of-one is just joking around, but her fans immediately began tweeting their congratulations.

Earlier this month, Pink's hubby Carey Hart took to Twitter to shoot down rumors that his wife was pregnant.

It started when OK! magazine asked if the couple if they were "hiding a big secret." The reason? A witness reportedly spotted the pair "cuddling, and he kept rubbing her tummy."

"Oh man, i was rubbing my penis yesterday, does that mean my d--k is pregnant?" Hart tweeted in response.

Well, maybe the rumors were true!

Pink and Carey got married in Costa Rica in January 2006 before separating in February 2008. But they reunited two years later and daughter Willow, 3, arrived in June 2011.