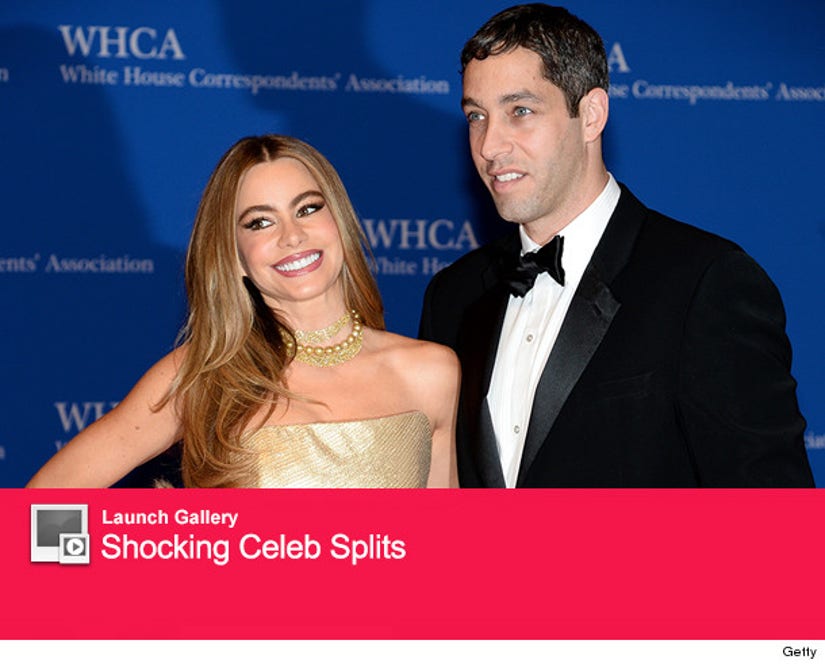 Sofia Vergara and her fiance Nick Loeb have split for the second time.

The "Modern Family" star took to Twitter and WhoSay late Friday night to share the sad news with her fans.

"Not that anyone should care, but in order to not give the press the chance to invent crazy and hurtful drama, I prefer to tell my fans personally that Nick and I have decided to be apart," she wrote.

"We have been having too many problems with figuring out how to spend time together and because of my work and now his, its been getting worse and worse. Not fun anymore," she added. "We are still very close but we believe it's the best thing for us right now."

Vergara and her businessman beau started dating back in 2010. They split up back in May 2012 but reconnected and got engaged two months later during a birthday trip to Mexico.

The 41-year-old actress has a 21-year-old son, Manolo, with ex husband, Joe Gonzales.

Are you shocked by the news? Tell toofab in the comment section below, and click "Launch Gallery" above to see more surprising celebrity splits!