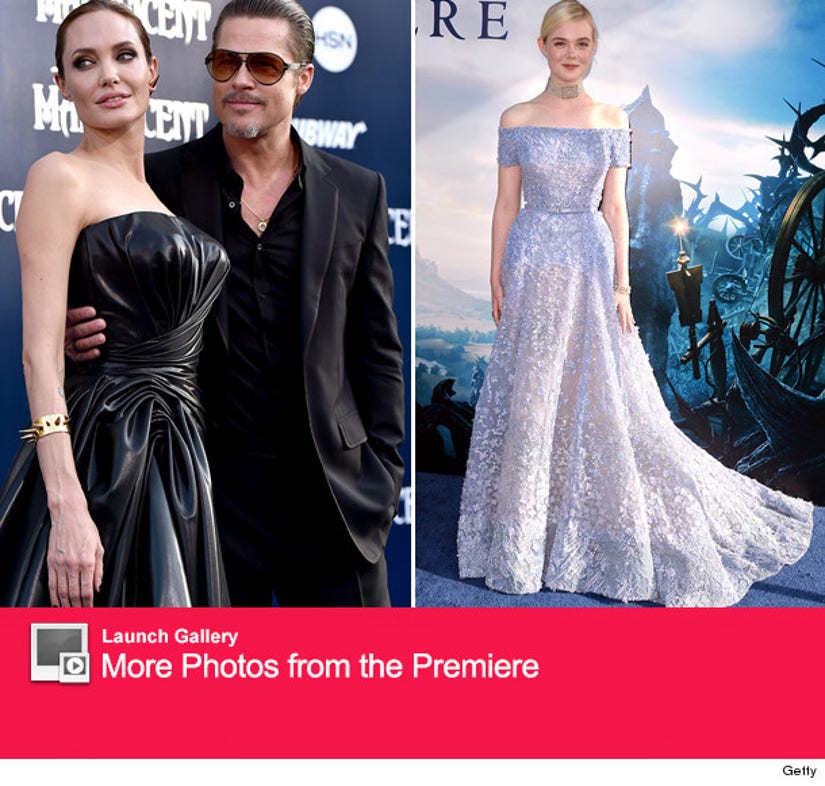 There was A LOT to love at the "Maleficent" premiere on Wednesday night.

And while much will be said about Brad Pitt's blue carpet attack (which you can see here), we really want to talk about all the killer fashion.

Like she does in the Disney flick, Angelina Jolie stole the show at the Los Angeles premiere -- stepping out in a black, strapless leather Versace dress that really accentuated her curves and showed off her tattoos.

VIDEO: See How to Get a "Maleficent" Makeover

The actress wasn't just joined by Brad on the carpet though -- 5 out of their 6 kids were there too! Maddox, Pax, Zahara, Shiloh and Knox all attended the premiere as well. Vivienne, who actually makes an adorable cameo as Princess Aurora in the flick, was MIA.

As for Elle, she looked like a true Disney princess in a blue Elie Saab gown and Neil Lane choker. We're loving this look on the 16-year-old, it's simply stunning.

Check out the blue carpet pics in the gallery above -- and watch Maddox's adorable arrival below.