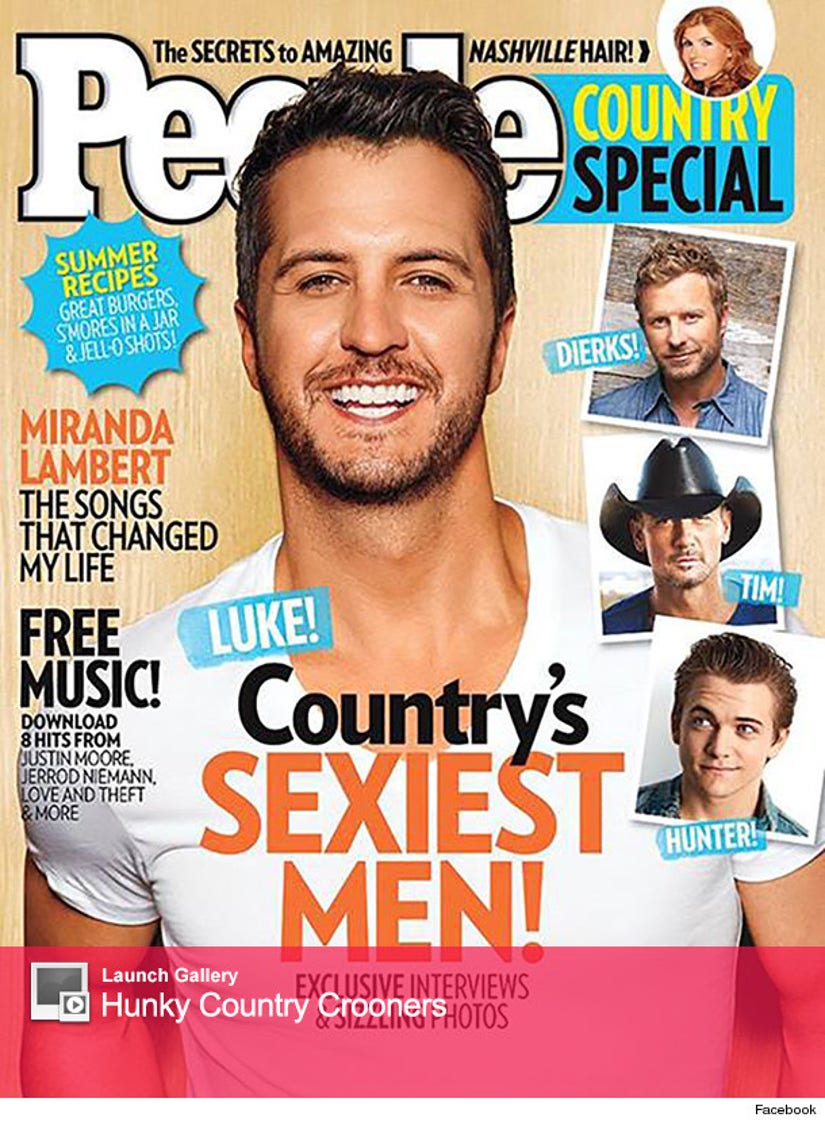 Luke Bryan's shaking his booty to the top!

The charming Georgia native has been named PEOPLE magazine's Country's Sexiest Man -- and we can definitely see why.

The "Crash My Party" singer has had one amazing year -- from performing and hosting at the ACM's with Blake Shelton to taking home Billboard Awards for Top Country Artist and Top Country Album -- Bryan is one of the few artists who has topped both country and pop charts.

In the new issue of the mag, the 37-year-old opens up about what he finds sexy in woman, what makes him laugh and shares some of his worst habits.

So what does the "Country Girl" crooner find attractive? "Confidence, the ability to wing it and the ability to get fancied up and pretty. I love the whole girl-next-door thing, the whole thing of, you know you're pretty but not going too far with it," he says.

Unfortunately, Luke's off the market -- he married his college sweetheart Caroline Boyer in 2006 and the pair have two boys together, Bo, 6 and Tate, 3. Bryan says his little guys are always making him laugh, too.

"Tate had a baseball game yesterday and he was running the wrong way and doing all these things that had everybody in the stands just cracking up laughing. I don't know if he knows how cute he is, but he's having fun."

Luke also reveals which of his bad habits his wife hates the most. "Hmmm ... there are so many!," he jokes.

"Probably talking on the cell phone. Or answering it during dinner. The best thing for me is to leave it in the car and then I know I won't answer it. Whenever I'm like, 'I left my phone in the car,' she's like, 'Ooh – special!'"

Well, we can't wait to see the sexy singer at this years CMT Awards! What do you think of PEOPLE's pick? Sound off below and click "Launch Gallery" above to see even more hunk country crooners!