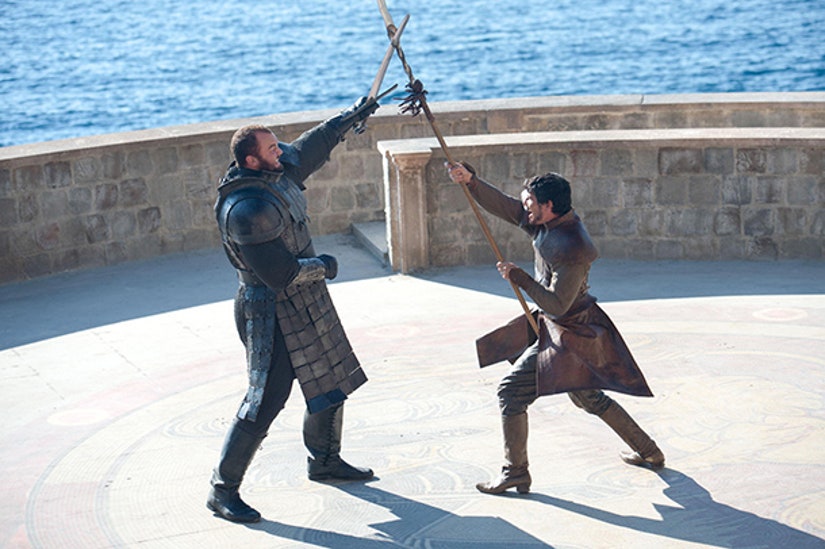 Well that was definitely one of the best episodes of "Game of Thrones" so far.

While there were some interesting developments with Daenerys in Meereen and Jon Snow at Castle Black, all we really want to talk about is that big battle between The Mountain and The Viper ... and Sansa Stack finally entering the game!

Let's start with the final showdown, because that's all anyone's going to be talking about tomorrow. 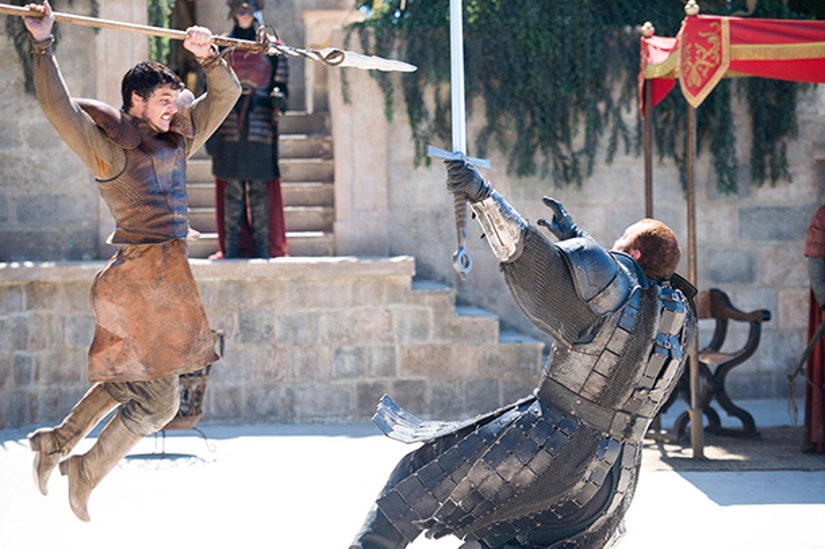 The episode finds Oberyn "The Viper" Martell fighting The Mountain as Tyrion Lannister's "Champion," proudly proclaiming "Today is not the day I die" before squaring off in the arena against the man who raped and murdered his own sister.

Taking cues from Inigo Montoya, Oberyn literally dances in circles around the giant behemoth while demanding the beast confess to his past brutality against his family. The Viper seemed to take The Mountain down fairly easy, with quick moves and precision with his attacks.

But just when it looked like we were going to get a satisfying Martell victory, The Mountain reached out, grabbed Oberyn by the head, confessed to brutalizing his sister, made his freaking head explode and then collapsed. Is he dead too? Right now, it's unknown.

It was one of the most violent moments of the show's history -- and led to Tywin officially sentencing Tyrion to death.

How's Tyrion going to get out of this now?!? 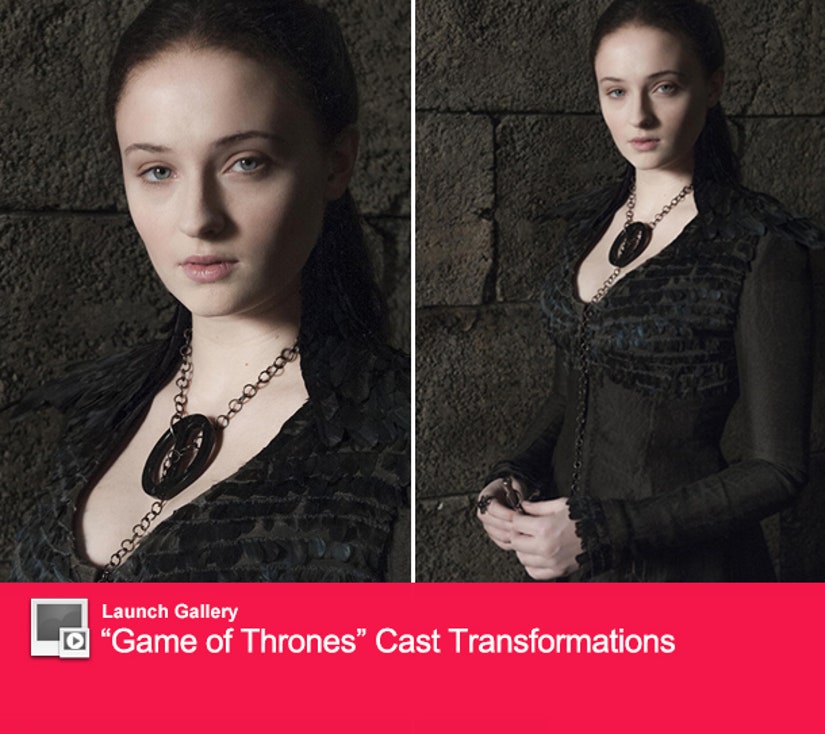 As for the other big development this week, Sansa Stark finally grew a pair.

While she's been on the sidelines so far on the show, being stuck as the cruel Joffrey's play thing at King's Landing, she really got into the "game" tonight.

After witnessing Littlefinger kill her aunt Lysa by throwing her out the Moon Door last episode, Sansa could have turned on the man who saved her from King's Landing -- but she didn't, and instead lied to the council by telling them Lysa committed suicide.

When asked later why she decided to lie for him, Sansa made it clear she knew that it was in her best interest to keep him alive. Way to think ahead, Sansa! When asked if she thinks she really knows Littlefinger, she replied "I know what you want." Don't we all: Power!

The next time we see the eldest Stark daughter, she had a true "Hunger Games" makeover -- stepping out in a dress made of dark raven feathers and sporting black hair. She had a true "Top of the Stairs Moment" as Littlefinger told young Robin how important it was to taking charge of your life. It finally looks like Sansa is doing just that.

Another great moments was Arya learning her aunt had died just days before she reached The Eyrie -- and cracking up with laughter. This girl just can't catch a break and was SO CLOSE to seeing her sister!

What did you think of "The Mountain and The Viper"? Sound off below! With only two episodes left this season, we can't wait to see what happens next!