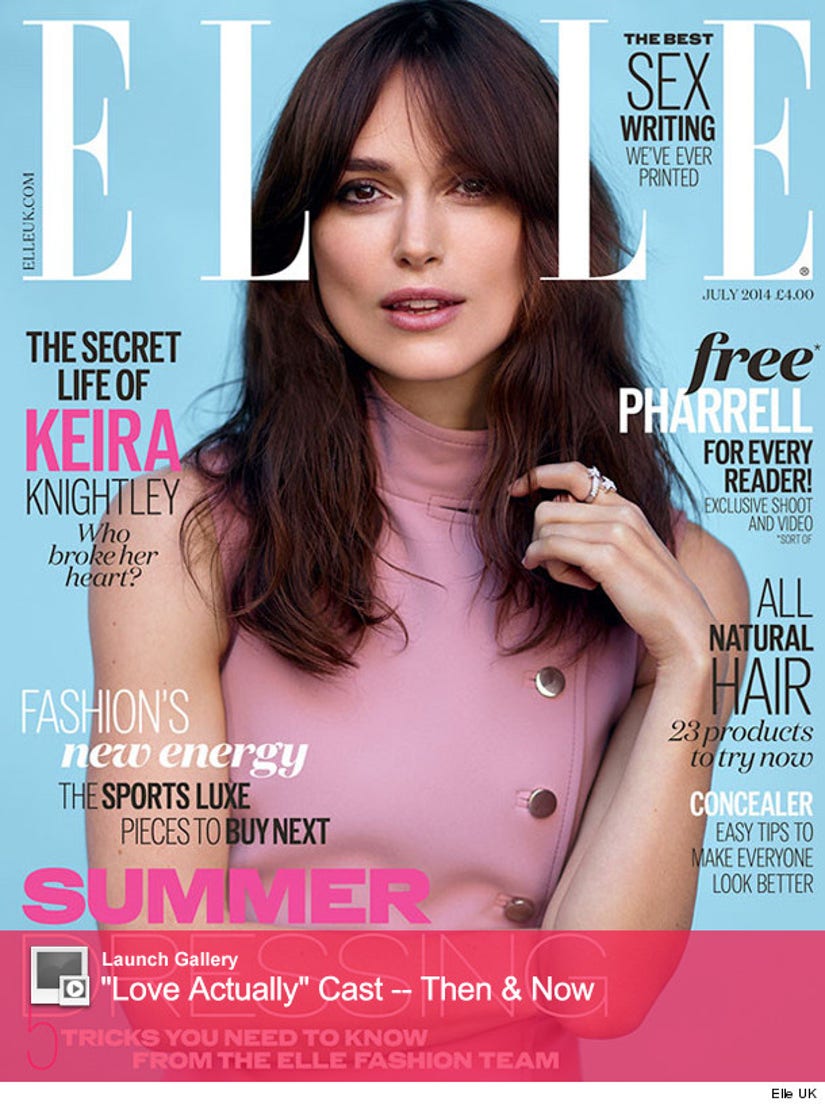 The "Begin Again" star is gracing the cover of the July issue of Elle UK, where she opens up about the pressures of growing up in the public eye.

The actress tells the magazine that if she had a daughter, she would discourage her from going into the acting business.

"Oh, 100 percent, I'd absolutely tell her not to," she says. "I would 150 million trillion percent be totally discouraging of [her] doing anything like that."

"Teenage years should be done privately," she adds. "You should be going out and getting unbelievably drunk, getting into ridiculous situations, making mistakes. That's what that time of life is about and we should do that privately, one million trillion zillion percent."

But the brunette beauty also admits she is fine with the way things turned out. "Saying that, I don't regret it – I wouldn't do my life any differently, but having lived through it…There was a very long time when [interviewers] were all: 'Well you're a sh*t actress and you're anorexic and people hate you' which, for a teenager is a very strange thing.'"

So, what's next for Keira?

This year, she will star alongside Chris Pine and Kevin Costner in "Jack Ryan: Shadow Recruit," and she'll hit the big screen with Adam Levine, Mark Ruffalo and Hailee Steinfeld ﻿in "Begin Again."

What do you think about her candid comments? Tell toofab in the comment section below, and click "Launch Gallery" to see Knightley's "Love Actually" costars, then and now!