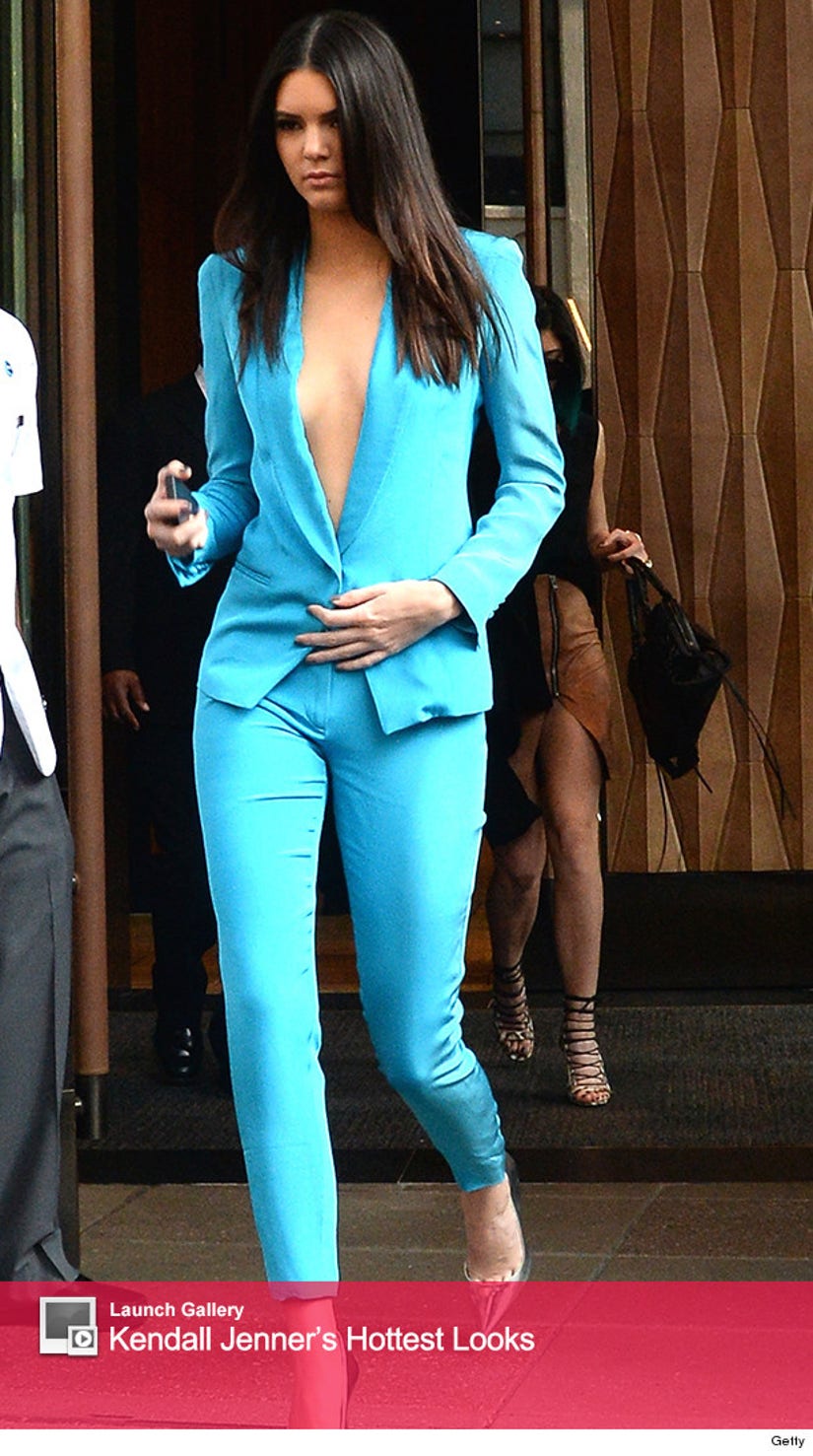 The model stepped out in NYC today in a teal suit, showing some serious skin by wearing it with absolutely nothing underneath the low-cut blazer. Jenner paired the look with silver heels, straightened hair and sported some sexy eye makeup.

The 18-year-old and younger sister Kylie are currently in the Big Apple promoting their new sci-fi book, "Rebels: City of Indra" -- and appeared on "Good Morning America" earlier today.

Though they were on the morning show to talk about their book, talk quickly turned to other members of the Kardashian family, namely Kim and Rob.

"Honestly, everything was amazing," Kendall said of her sister's extravagant wedding in Florence, Italy on May 24. "And to see two people so happy, I think that was probably my favorite part."

When asked how Rob was doing after he fled the country hours before the ceremony, Jenner said he's "doing really well, he's fine."

Kendall is no stranger to revealing outfits. The model memorably showed off her nipples while walking in a runway show for Marc Jacobs earlier this year.