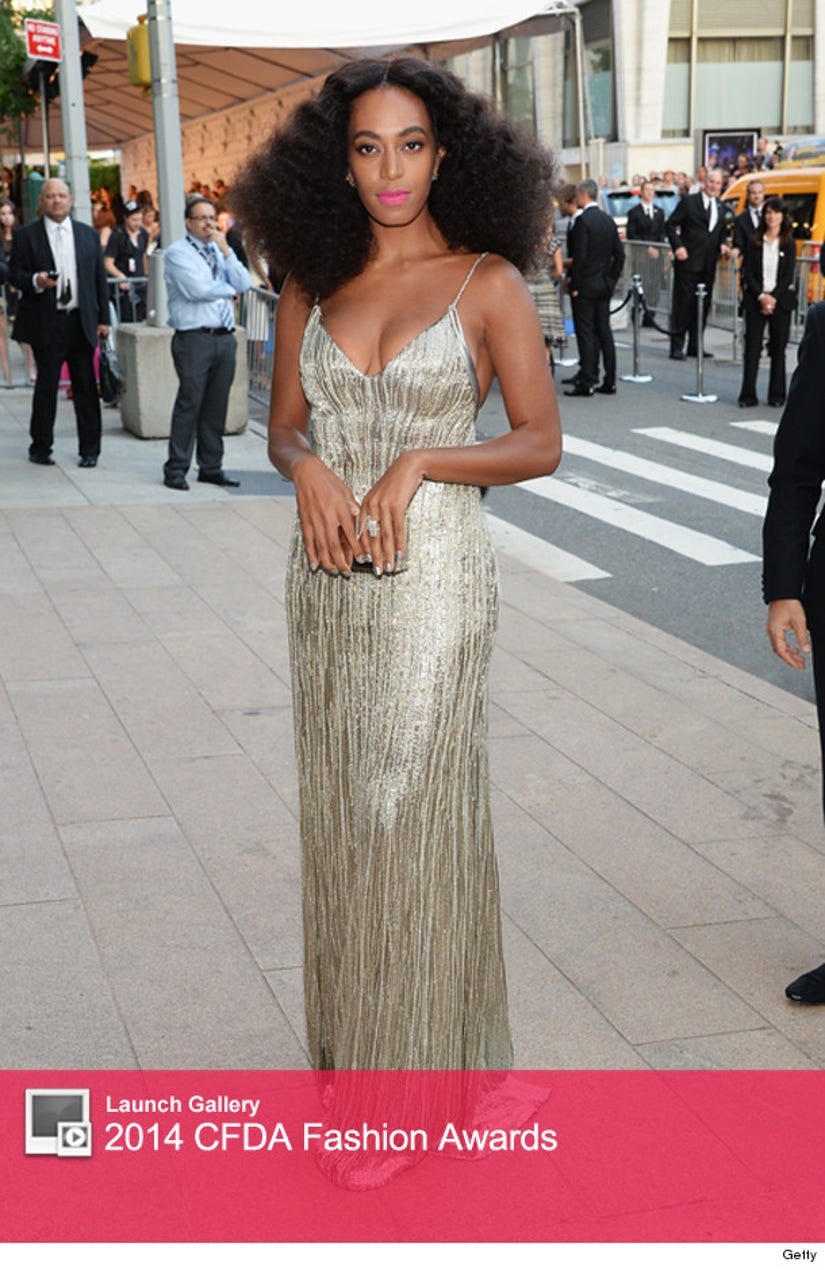 Solange Knowles is putting the Met Gala drama behind her!

The singer made her first red carpet appearance since the infamous elevator fight with Jay Z at the 2014 CFDA Fashion Awards in New York City on Monday night.

Rachel Roy, the designer who is said to have been behind the Knowles/Carter family feud, also attended the star-studded event, but onlookers said the pair avoided each other.

"Rachel looked uncomfortable," a source told US Weekly. "They obviously didn't want to run into Solange and Solange's people also tried to steer clear of them."

Roy was accompanied by John Legend's wife Chrissy Teigen. According to an eyewitness, Solange didn't do any red carpet interviews, but Rachel and Chrissy, who were doing interviews together, cut their press time early and dashed inside once Knowles made her way towards them.

That could have been awkward!

Click "Launch Gallery" above to see all the stars on the red carpet at the 2014 CFDA Fashion Awards.