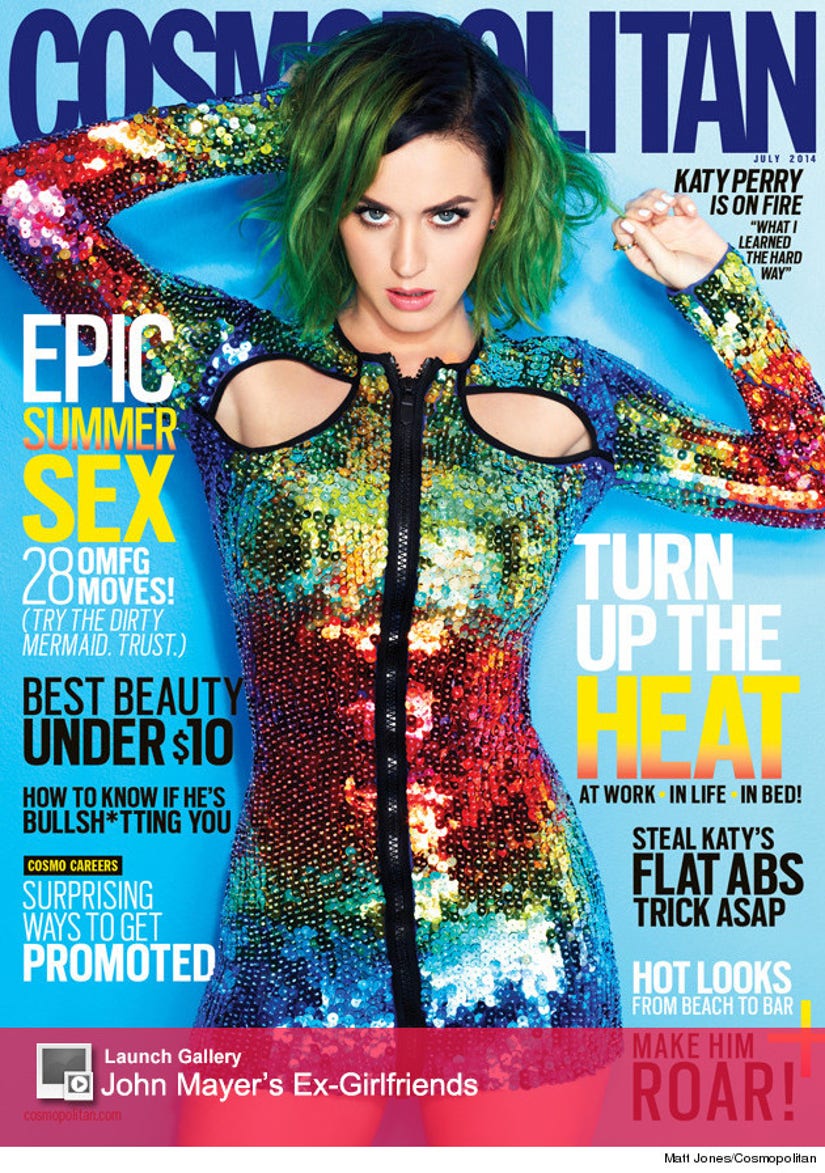 Katy Perry is at peace with her love life!

The pop star covers the July issue of Cosmopolitan magazine this month, where she opens up about her two high profile romances with ex-husband Russel Brand and ex-boyfriend John Mayer.

While Katy hasn't given up on love, she does admit that she's attracted to a certain kind of a guy.

"I guess I happen to be attracted to high-frequency men," Perry jokes.

The 27-year-old says that her marriage with the comedian feels like it was "lifetimes" ago, but she's really worked on herself since the split.

"It feels like a hundred lifetimes ago, so it's like digging up an old grave. A lot of therapy has happened and a lot of understanding and growth," Perry reveals.

"Sometimes you have to go through all this s--t to get your grips on life and figure out what the next boundaries in your love life are going to be," she continues. "You have to go through the mud in order to find that peaceful place. In the long run, it was necessary for me to have more of a teammate."

Katy's since dated Mayer, but their relationship ended earlier this year after a few breakups and makeups.

So would the "Roar" singer ever consider getting back together with the "Who You Love" crooner ... again?

"I know it sounds really hippie-s—t, but I'm living in the now and not fantasizing about the future or [being] torn up about the past. I'm super Eckhart Tolle. I have a lot of respect for [John] still, and I know it goes both ways," she says. "There's no bad blood, but I'm sure there will be inspired songs."

Chelsea Handler, who interviewed Perry for the mag, also asks how long the brunette beauty has gone without sex. "Maybe six months or a year," the singer replies. "I don't stay single for long."

Katy says that she carries "a lot of rose quartz, which attracts the male," but she's ready to take a break from dating, too. "Maybe I need to calm it down with the amethyst." she explains.

But the pop star isn't about one-night-stands -- "I've never been that way," she says.

"If I could bottle up oxytocin -- that chemical that's released when you're having sex -- and put it in a new perfume, I would do it for sure," adds the "E.T." singer.

Well, Katy definitely has some interesting viewpoints on love and sex -- what do you think about her candid comments?

Sound off below and click "Launch Gallery" above to see even more of Mayer's many exes!