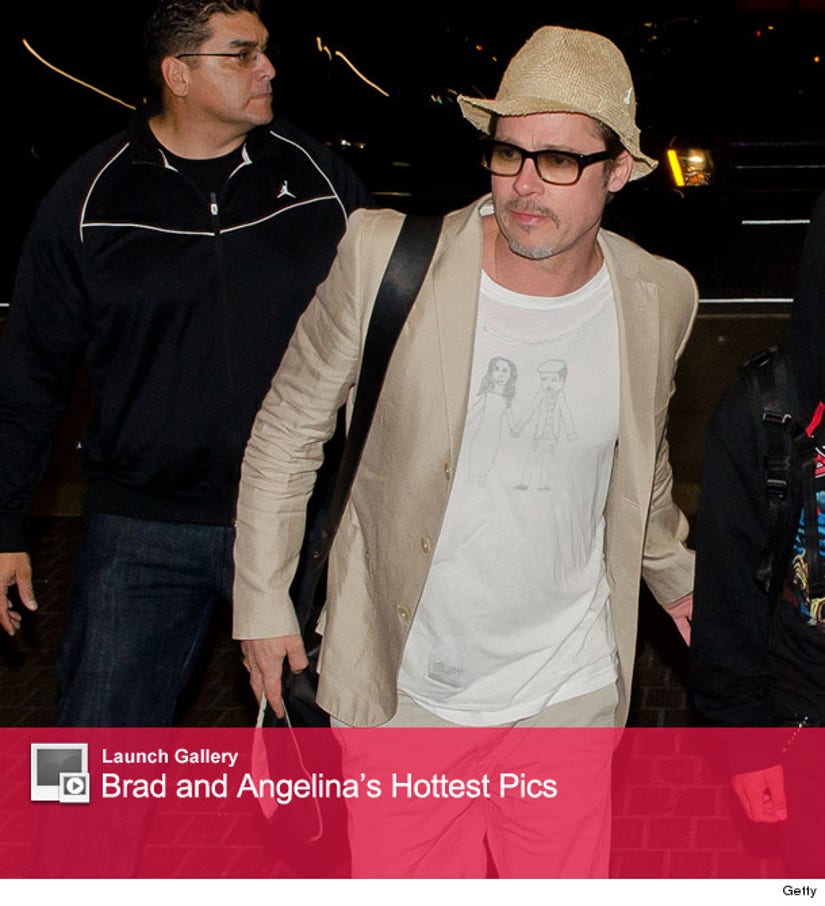 Brad Pitt is a doting daddy!

The actor was spotted at LAX in Los Angeles on Friday night with Angelina Jolie and their kids, but it was his T-shirt that caught our eye. The father-of-six was sporting his signature khaki suit -- along with a cute graphic tee which featured a drawing of Brangelina holding hands.

The shirt appears to be the handiwork of one of the couple's six kids. Perhaps it's was an early Father's Day gift?

This isn't the first time the Jolie-Pitt kids have gotten creative for their parents!

Angelina recently gushed about a ring designed for her by son Knox as a Mother's Day gift, which she wore while promoting "Maleficent."

"Brad's really creative with the kids, so they made a bunch of things like pillows and notebooks," the actress told People. "Knoxy made me a picture of Maleficent that they made into a ring … They force me to wear silly things. I loved Goofy when I was little. So Pax drew me a Goofy shirt. I wore that with a crown Vivienne found for me."

What do you think of Pitt's homemade shirt? Tell toofab in the comment section below, and click "Launch Gallery" above to see more of Brad and Angelina's hottest pics.