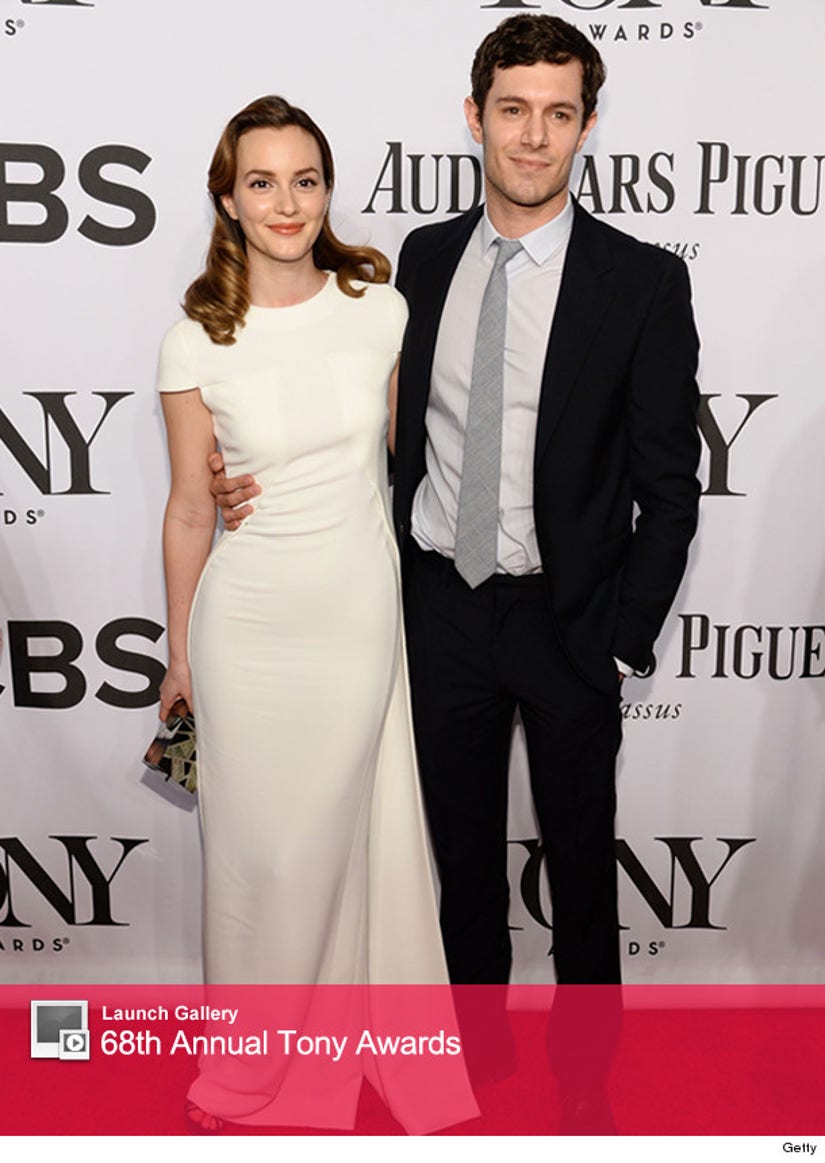 Look who still has that newlywed glow!

Four months after their secret marriage, Leighton Meester and Adam Brody hit their first official red carpet together at the 2014 Tony Awards on Sunday.

The "Gossip Girl" alum, who was a presenter at the star-studded award show, rocked a sleek white Antonio Berardi gown. She completed her elegant ensemble with an Emm Kuo clutch, Jacob & Co. jewels and a retro 'do. Meanwhile, her husband looked dapper in a sharp suit.

The brunette beauty is currently starring on Broadway in a revival of the play, "Of Mice and Men," with James Franco and Chris O'Dowd.

Meester and Brody, who costarred in "The Oranges" in 2011, tied the knot in a private wedding in February after getting engaged at the end of last year.

The couple has remained tight-lipped about their relationship, but Adam confirmed the news of his nuptials exclusively on toofab. Check out what he said about married life in the video below!

What do you think of the pair's red carpet looks? Tell toofab in the comment section, and click "Launch Gallery" above to see Emmy Rossum, Jennifer Hudson, Orlando Bloom and more at the 2014 Tony Awards.