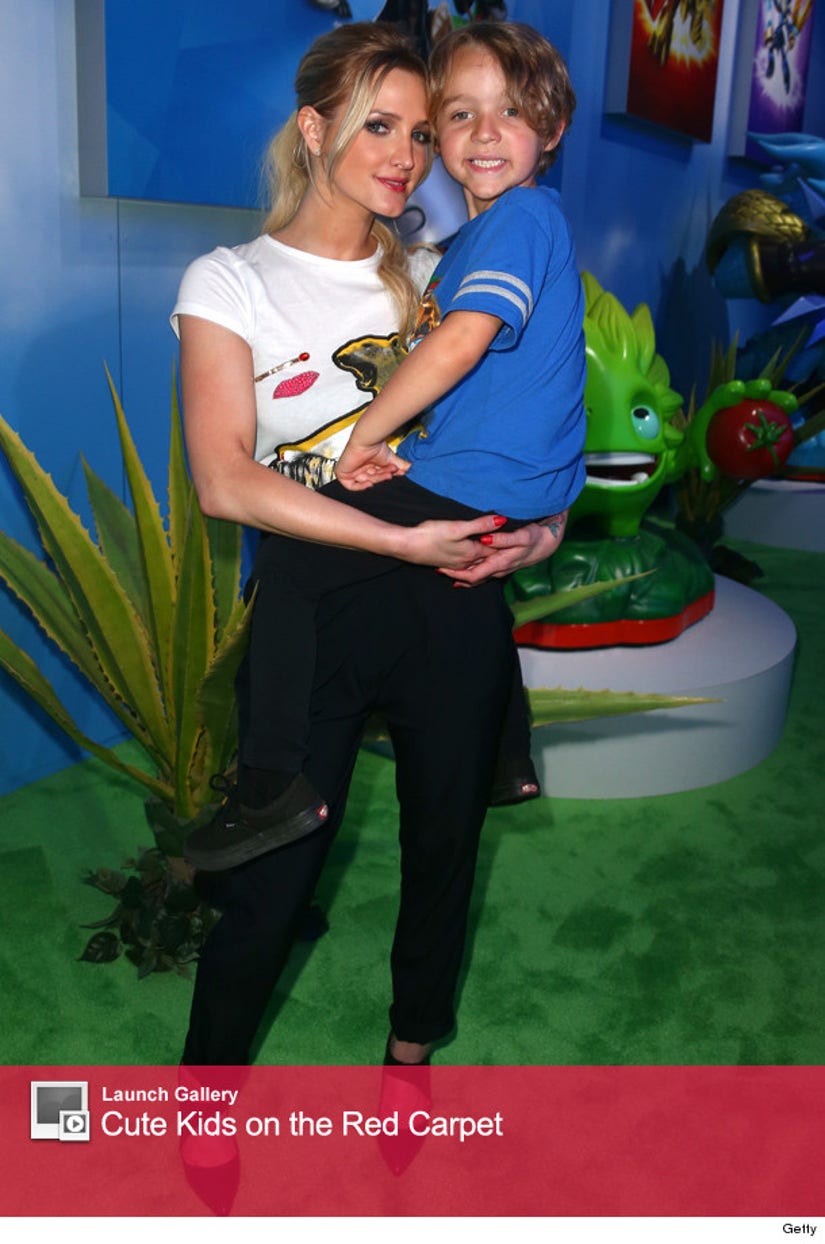 Ashlee Simpson's son is getting big!

The actress posed for a photo with her five-year-old son Bronx while stopping by the Activision booth at the E3 Convention on Monday in Los Angeles.

The mother-son duo checked out Bronx's "favorite video game" Skylanders Trap Team and were able to be the first to get their hands on the unreleased game. He is growing up so fast!

Extra caught up with the 29-year-old beauty at the event, where she talked about big sister Jessica Simpson's upcoming wedding to NFL player Eric Johnson, which is reportedly taking place over the July 4th weekend.

"All I can say is I found an amazing bridesmaid's dress, and my sister's incredible and her vision is wonderful," she said of the nuptials.

"My dress is really beautiful!" she also told Us Weekly. "It's really, really stunning."

"I've always borrowed her clothes," Ashlee added. "It's fun to go into her wardrobe and do something different because I'm half-tomboy, half-bohemian. It's fun to have her dress me up… I was either a doll for her growing up, or the one who messed her shoes up!"

The blonde bombshell also is excited about her own upcoming wedding to actor Evan Ross. Check out the video above to see what she said about her hubby-to-be!

Click "Launch Gallery" at the top to see little Bronx and more cute celebrity kids on the red carpet.