Bruce Jenner is very particular about his hair!

In a new teaser for Sunday's "Keeping Up with the Kardashians," the Olympian secretly gets his hair highlighted, blow-dried and cut behind wife Kris Jenner's back.

During the in-home salon session, Jenner's stylist says "Kris will be happy [with this new look]," but the matriarch was actually pretty irritated when she walked in to get her own hair styled, only to see her husband getting the glam treatment.

Check out the hilarious video above!

Earlier this year, rumors surfaced that the 64-year-old was having a bit of an identity crisis ... and was considering a sex change. Bruce also underwent plastic surgery to flatten his Adam's Apple with a Laryngeal Shave, back in December.

But Kris slammed those rumors, calling the paparazzi "idiots" when grilled about the subject.

In October, the reality stars announced that they were separating after 22 years of marriage.

"But we will always have much love and respect for each other," they told E!. "Even though we are separated, we will always remain best friends and, as always, our family will remain our number one priority."

We gotta hand it to the stylist, Bruce's hair does look really beautiful! What do you think about the hilarious teaser? Sound off below and check out more of the Kardashian family's hottest TwitPics in the gallery below! 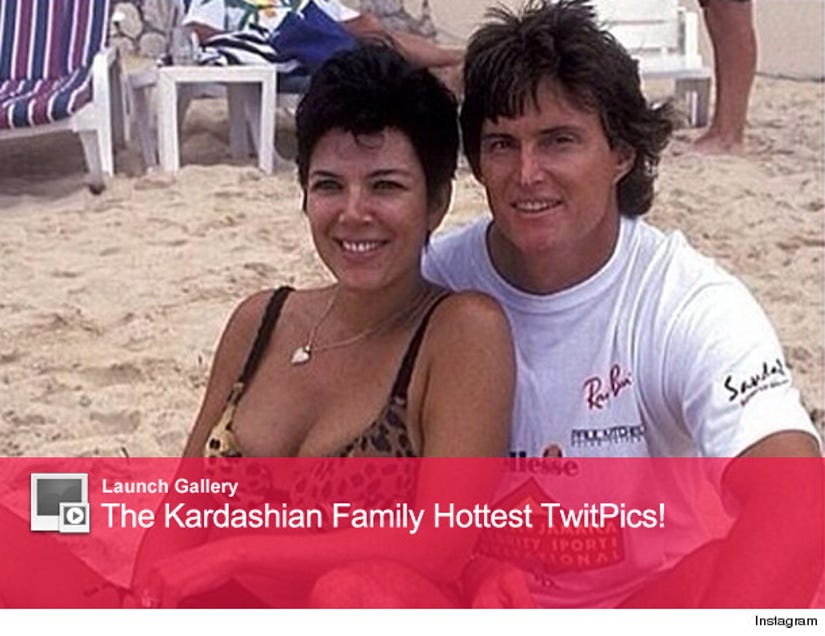