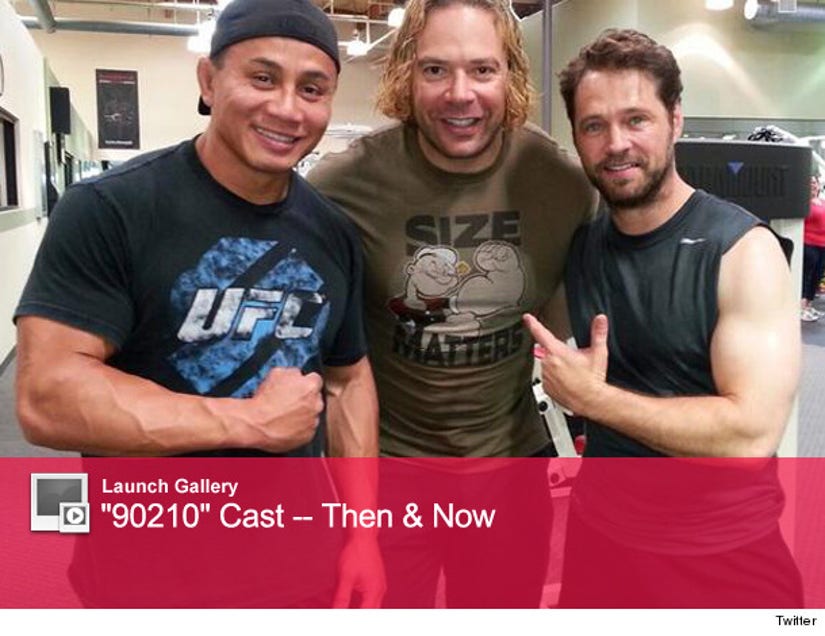 Jason Priestly has still got it!

The "Beverly Hills, 90201" alum clearly has been hitting the gym, and now he's showing off his buff bod.

Trainer Eric Fleishman shared a new TwitPic of the 44-year-old actor, who was posing for a photo with UFC fighter Cung Le.

The father-of-two is still as handsome as ever!

In other "90210" news, there was a mini-reunion on the set of Tori Spelling and Jennie Garth's new show, "Mystery Girls."

Garth posted a shot moments ago with one cast member we haven't seen in forever: Nat! 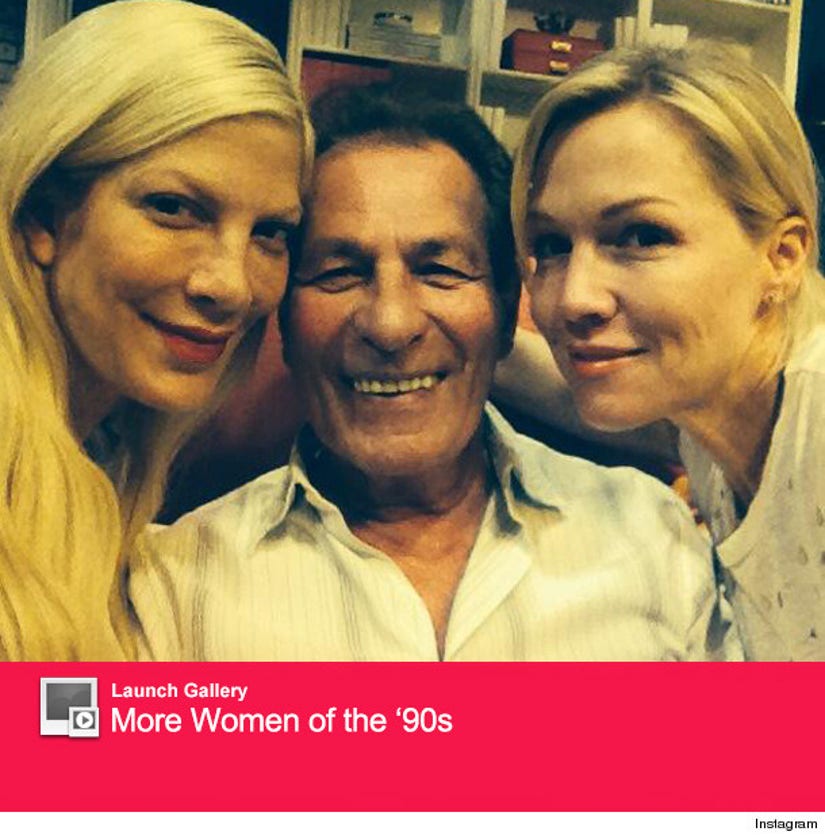 Joe E. Tata played the Peach Pit owner on the original series and will apparently be making an appearance on the duo's new ABC Family show, which debuts next week.

And then there's Ian Ziering ... here's what he's up to now: