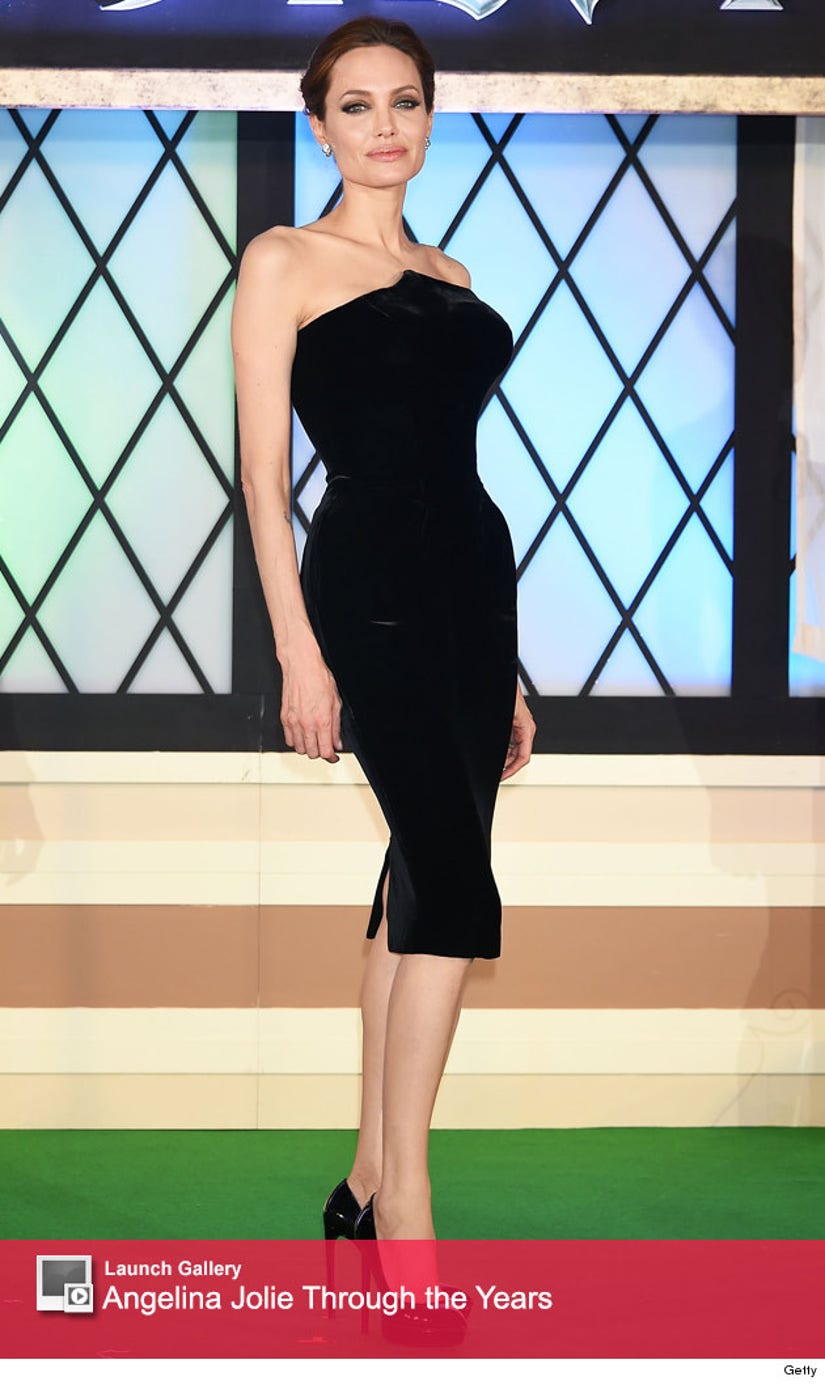 Angelina Jolie continued to stay true to "Maleficent" at the Japan premiere for the film, sporting an outfit the wicked fairy would definitely approve of.

The 39-year-old beauty showed off her ultra-thin figure at the event, rocking a knee-length, strapless black dress and matching sky-high stilettos. She completed her elegant ensemble with a classically chic updo and smokey eye makeup. 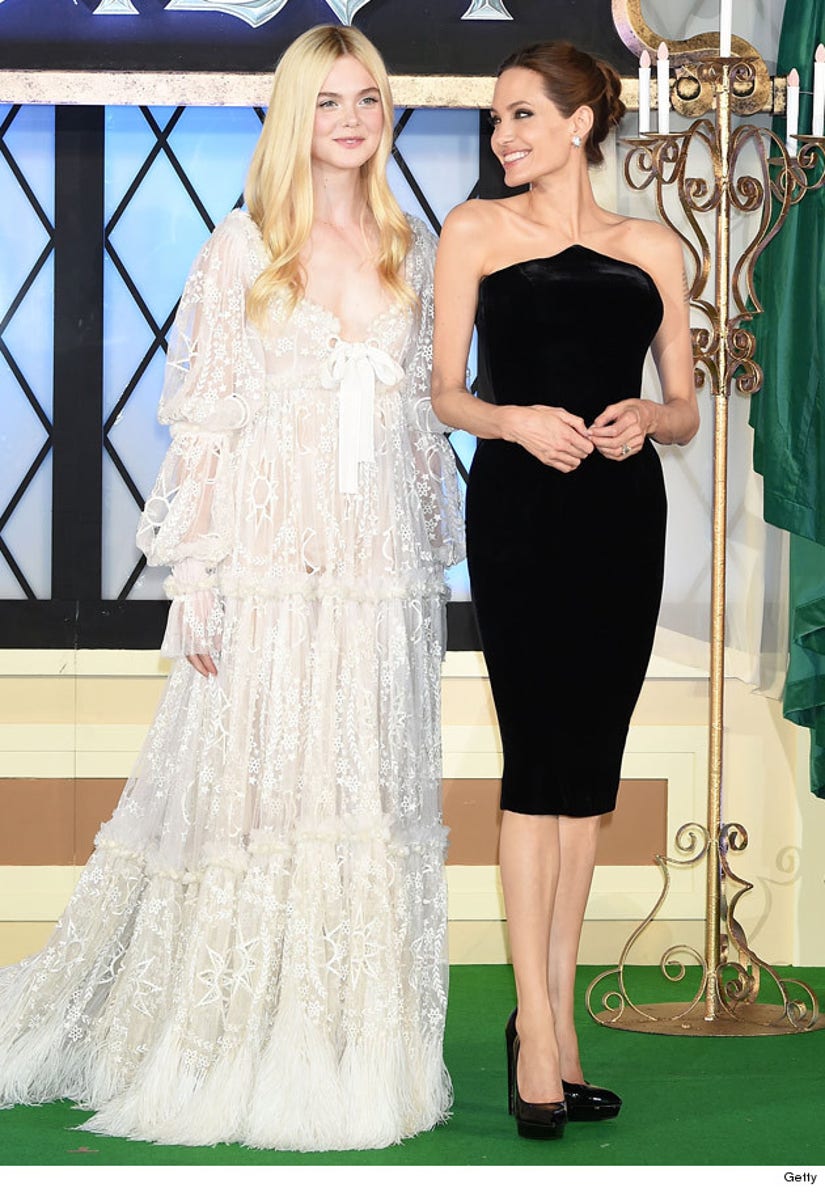 The actress hit the red carpet with her costar Elle Fanning, who looked like a princess in a long-sleeved, ivory lace tiered gown.

Over the weekend, "Maleficent" became Angelina's highest-earning live action flick, topping the $500 million mark since hitting theaters on May 30th.

Jolie's previous record was $478.2 million with 2005's "Mr. and Mrs. Smith," which also happened to kick start her relationship with Brad Pitt.

Click "Launch Gallery" above to see more photos of Angelina Jolie through the years.