President Snow takes center stage in the just-released teaser for "The Hunger Games: Mockingjay - Part 1," giving us a threatening first look at the highly-anticipated sequel.

While we anxiously await a real trailer for the flick, this video definitely has us excited for the film, which hits theaters November 21, 2014.

The faux Capitol TV commercial has Donald Sutherland's character addressing the nation, warning them against the uprising Katniss Everdeen (Jennifer Lawrence) is fighting for.

"If you resist the system, you starve yourself," he says menacingly. "If you fight against it, it is you who will bleed. I know you will stand with me, with us, with all of us, together as one."

And Snow has a very special (and very surprising) guest by his side for the speech: A stoic Peeta (Josh Hutcherson).

Has he switched teams? Fans of the books may know what's going on here, but everyone else will have to wait until November to find out!

Lionsgate also released some new promotional posters last week -- and while none of the film's stars actually appear in them, they're gorgeous representations of how each District contributes to the Capitol.

Check out the posters in the gallery below. 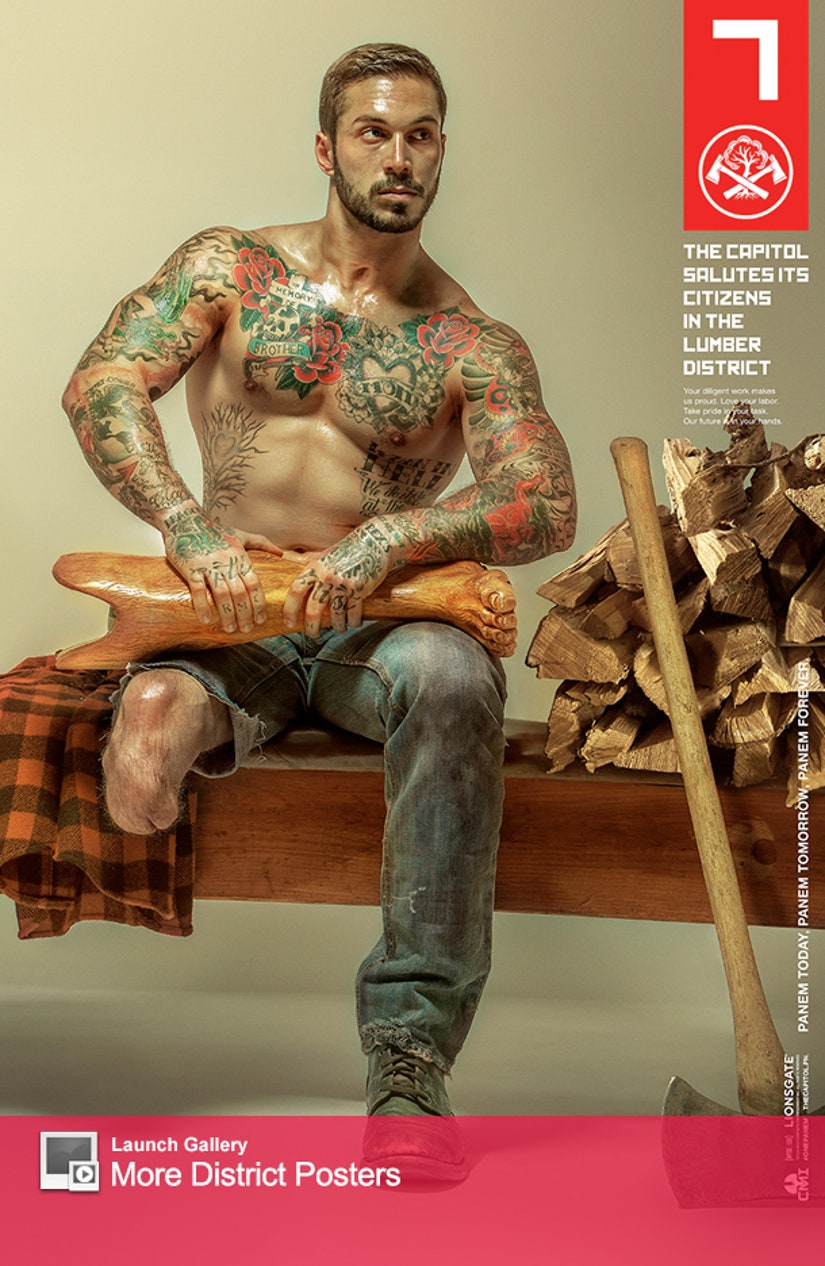