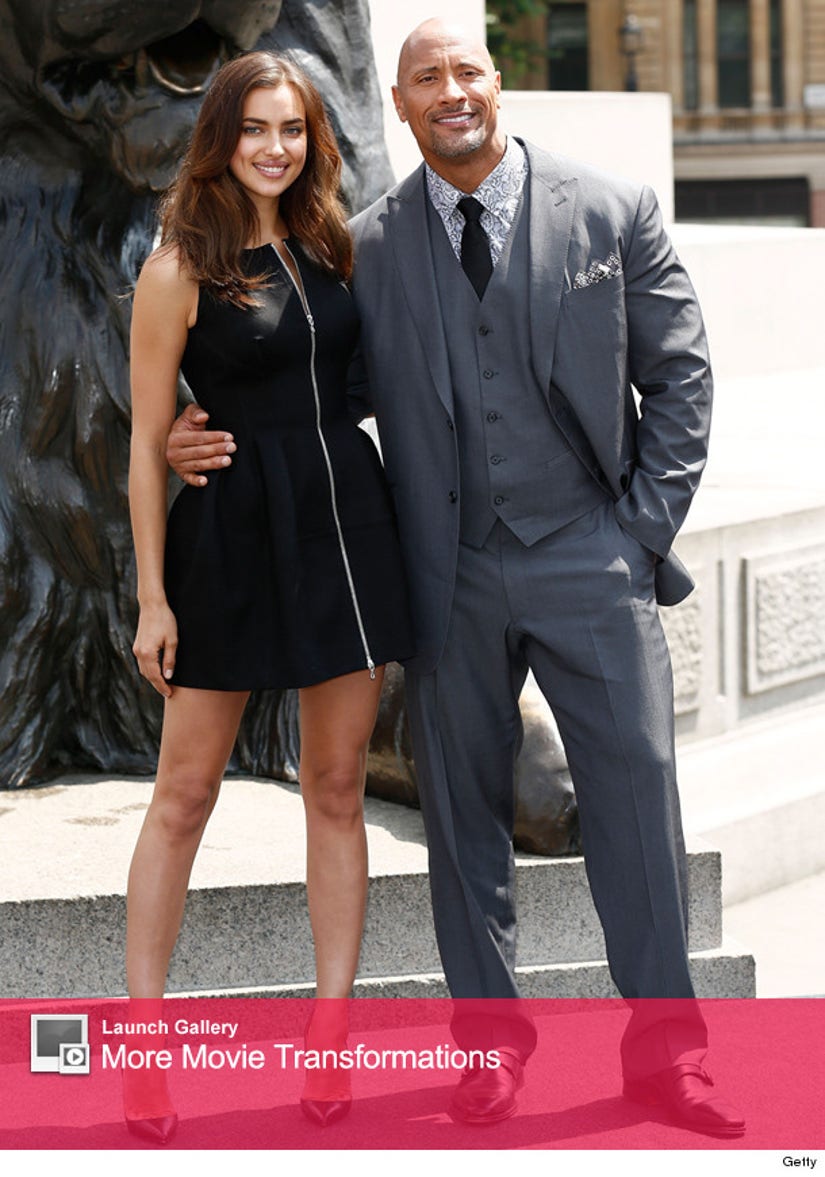 Dwayne "The Rock" Johnson﻿ and Irina Shayk teamed up for a photo call for their summer blockbuster "Hercules" in London's Trafalgar Square on Wednesday.

The handsome hunk looked almost unrecognizable as he ditched his character's long locks and leather armor for a classy grey suit and black tie. The Russian supermodel, who plays his love interest in the film, stunned in a sexy, black Azzedine Alaia dress and black Louboutin stilettos.

The action movie, which is directed by Brett Ratner, will be released on July 25.

Earlier this week, Johnson switched gears as he filmed for his last day of "Fast & Furious 7." 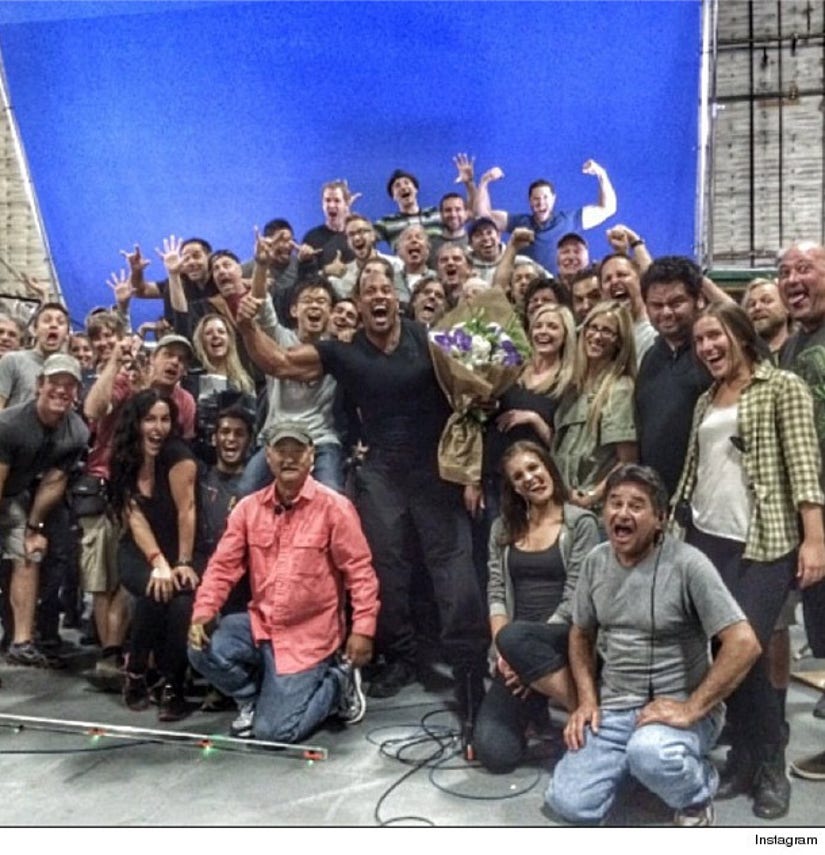 He posted a picture of himself with his "brilliant" crew to Instagram saying, "My last day of FAST & FURIOUS.. I'm truly touched by the farewell love my film crew has shown me. Its been an honor to work with such an incredibly hard working and brilliant crew. (a crew who's had to practice great restraint daily on this production;). They may not be household names, but they'll ALWAYS be stars in my book. With great love and respect to all of you… see ya down the yellow brick road. Another place. Another time. #ThankUForAllYourWork ~ Rock."

﻿We can't wait to see The Rock and Irina hit the big screen together -- check out the trailer for the movie below.