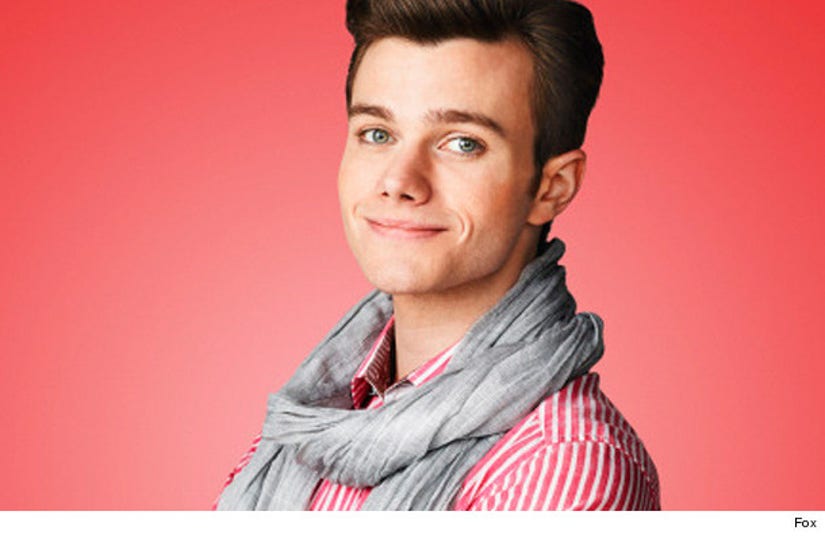 UPDATE: Colfer's rep tells TMZ that he will return for the final season and his Twitter account was hacked.
What's going on over at "Glee"?!?

Chris Colfer, who has been nominated for two Emmy Awards for his role as Kurt Hummel, just broke the news that he's been "let go" from the Fox series.

Due to personal issues, I have been let go from the cast of GLEE. Explanations will come shortly...

Murphy clearly has some MAJOR rewrites ahead of him, as he previously said Kurt would be very important in the final season.

"I don't want to say, but you know, the Kurt/Blaine saga is definitely a part of that last year in a big way," he told E!

This is the latest in a string of troubles for the show, which is heading into its final season.

Last season, half the cast was let go when the series made a move out of Lima, Ohio and into New York City full time. All the the "new class"

There were also reports of a major rift between stars Lea Michele and Naya Rivera, something both Lea and show creator Ryan Murphy shot down.

"I don't think there is a story between Naya and Lea. I always marvel at the things that become headline news that most of the time are completely fabricated," explained Murphy. "Naya's coming back next year, Lea's coming back next year. Anybody ever in that cast has an open invitation to come back and finish the character they so beautifully started."