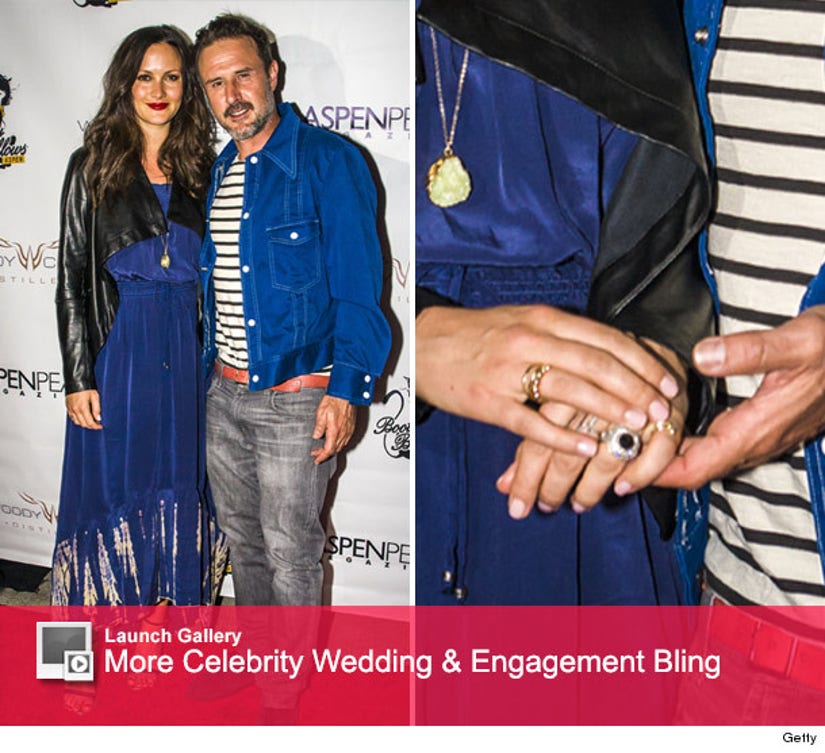 The 42-year-old actor proposed to the brunette beauty on Thursday night during a family dinner in Malibu with their 2-month-old son, Charlie West, and Arquette's daughter, Coco.

The happy news comes just a week after Arquette's ex-wife, Courteney Cox, announced that she was engaged – to boyfriend Johnny McDaid.

The "Scream" star "wanted his family to be with him when he did it," a source told People.

"David was just waiting for the right time," another source revealed to Us Weekly. "He and Courteney both talked about taking the next step in their relationships … They both want what's best for each other."

Arquette and Cox split in 2010, after nearly 11 years of marriage. Prior to meeting her future hubby, McLarty was in a domestic partnership with Girls Gone Wild founder Joe Francis.