Leah Remini has no regrets about leaving Scientology -- and has the empty wine bottles to prove it.

The actress-turned-reality TV star appeared on "Watch What Happens Live" with Andy Cohen on Wednesday night, where she was put in the hot seat for "Plead the Fifth."

Though she had the option to skip the question, Remini didn't hesitate to reveal the best part about no longer being a Scientologist. Check out the video above for her boozy answer. 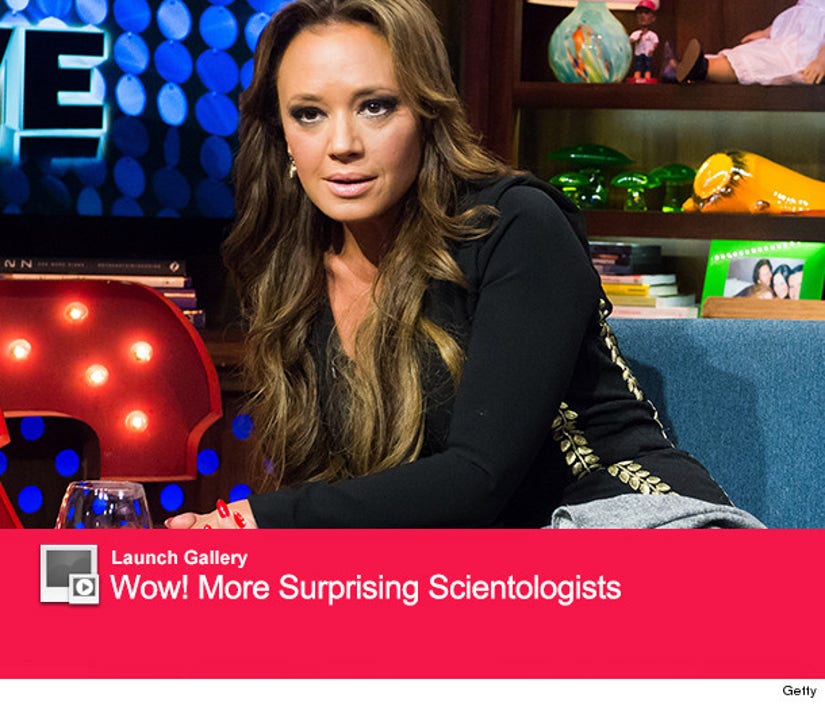 While the religion says they don't have any "general prohibitions against smoking or drinking, they do have a "mandatory rule banning the consumption of any alcohol within twenty-four hours of or during an auditing session or training."

The organization's website says that the "effects of alcohol would make it impossible to benefit from these religious services."

In past interviews, Remini says she left Scientology behind for her daughter.

The 43-year-old admits there were "dozens of influencing factors," but she decided to leave when Sofia﻿, 9, approached the age when auditing -- a process that involves a series of probing questions -- was required for acclimation into the church.

NEWS: Is Hilary Duff a Scientologist?

"In my house, it's family first -- but I was spending most of my time at the church," she says. "So, I was saying 'family first,' but I wasn't showing that. I didn't like the message that sent my daughter."

On "Watch What Happens Live," Leah was also asked about rumors that her BFF Jennifer Lopez is hooking up with Maksim Chmerkovskiy and about her time on "The Talk." And yes, she did skip one of them.