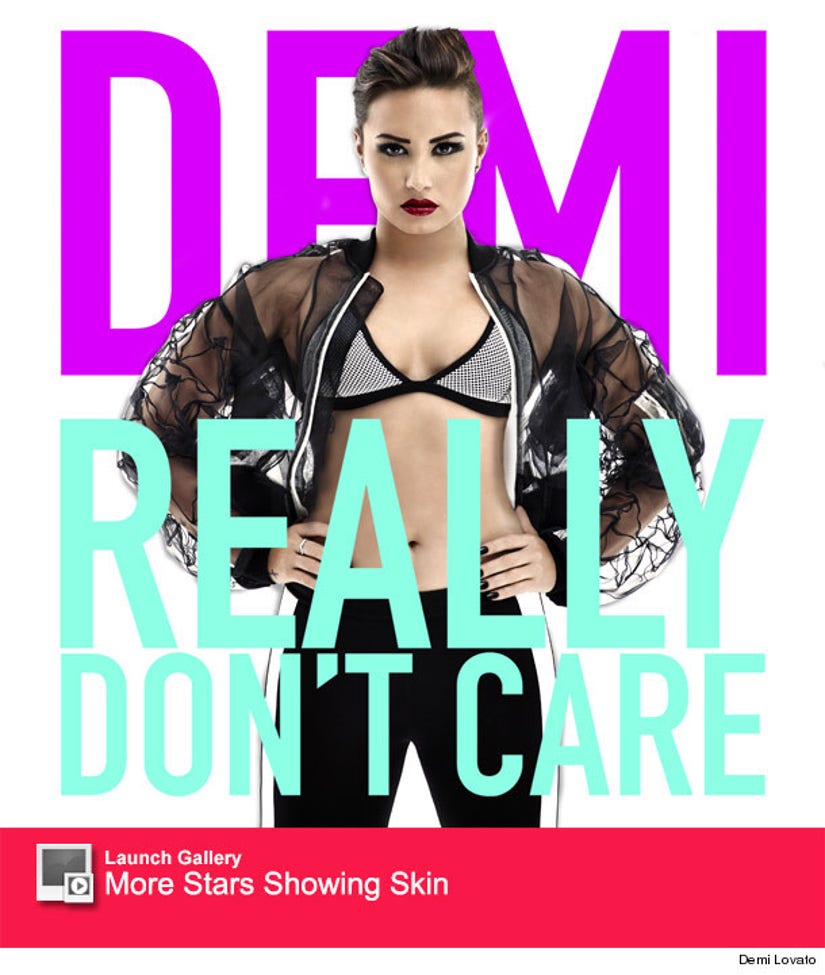 Sporting a sports bra, black track pants and a sheer jacket, the 21-year-old singer is showing off her toned tummy in the newly-released cover art for her latest single, "Really Don't Care."

The rock anthem has quickly become a fan favorite, thanks to its strong message. The former "X Factor" judge says she likes it's dual meaning.

"Whether its a break-up song or it's just saying that you really don't care what other people think, I think it's an anthem for people," Demi said on "On Air with Ryan Seacrest." "It's something that everyone can relate to, whether you've been bullied or you're going through a bad breakup."

The brunette beauty recently released the music video for the track, which features a number of celebrity cameos, including Demi's boyfriend, Wilmer Valderrama!

The pop star cozies up to the "That '70s Show" alum in a quick scene in the clip, which was filmed during the Gay Pride Parade in Los Angeles.

"When I originally wrote it, it was a breakup song," Lovato told E! News. "But now I have sung it so many times that it kind of no longer has a significance in that sort of way."

Check out the video below, and click "Launch Gallery" above to see more stars showing skin.