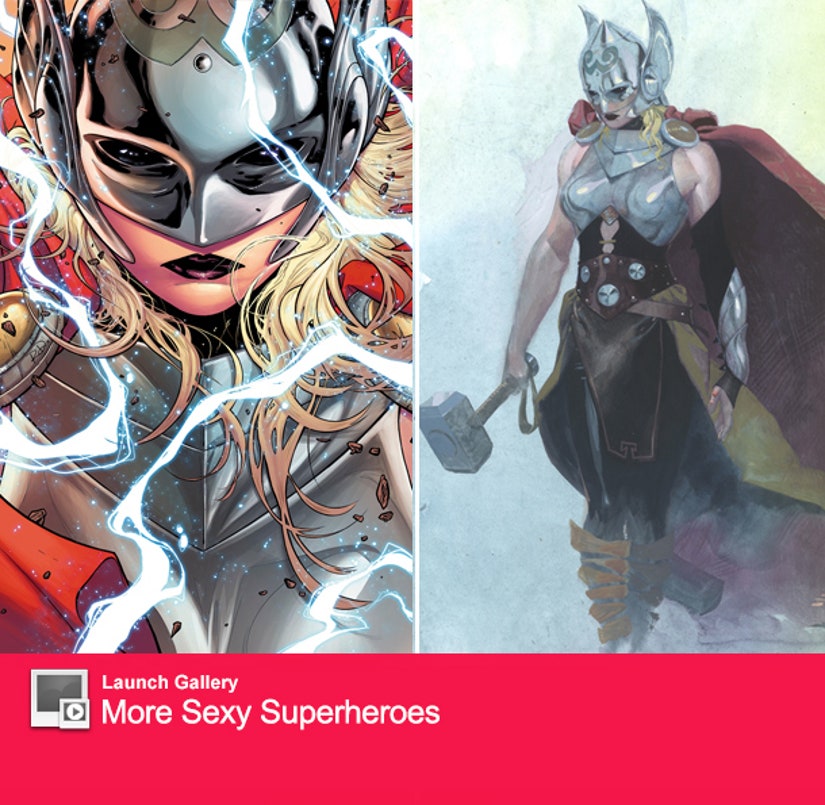 A new Thor will wield Mjolnir ... and this time, she's a woman.

Marvel just announced a HUGE change to their comic universe on "The View," of all places, with the co-hosts revealing that the Norse god of thunder will be replaced by a new female counterpart.

According to Whoopi Goldberg, "Thor, he messed up, and he's no longer worthy to hold that damn hammer of his. For the first time in history, that hammer is being held by a woman. That's right. Thor is a woman!"

The new lady Thor apparently modeled her appearance after the original superhero -- and it's clear in her costume design. Seen with Mjolnir in hand, she also sports Thor's red cape, metal chest-plate and signature winged helmet.

"The inscription on Thor's hammer reads 'Whosoever holds this hammer, if HE be worthy, shall possess the power of Thor.' Well it's time to update that inscription," Marvel editor Wil Moss said in a release. “The new Thor continues Marvel's proud tradition of strong female characters like Captain Marvel, Storm, Black Widow and more. And this new Thor isn't a temporary female substitute - she's now the one and only Thor, and she is worthy!"

So far, this sex change only applies to the comics, so expect to see Chris Hemsworth (and his ridiculous arms) around for a bit in the cinematic universe.

What do you think of the new Thor? Sound off below!