Eat your heart out, Justin Bieber!

Selena Gomez showed off some major cleavage and lots of leg in a blue L'Agence drawcord dress at the Ischia Global Festival in Italy on Wednesday. The brunette beauty slicked her dark tresses back for a casual look and kept her makeup minimal.

While the "Come & Get It " singer's outfit accentuated some of her best assets, her new ink was covered up.

The 21-year-old pop star recently got a new tattoo courtesy of celebrity tattoo artist Bang Bang McCurdy, who showed off his work on Instagram. 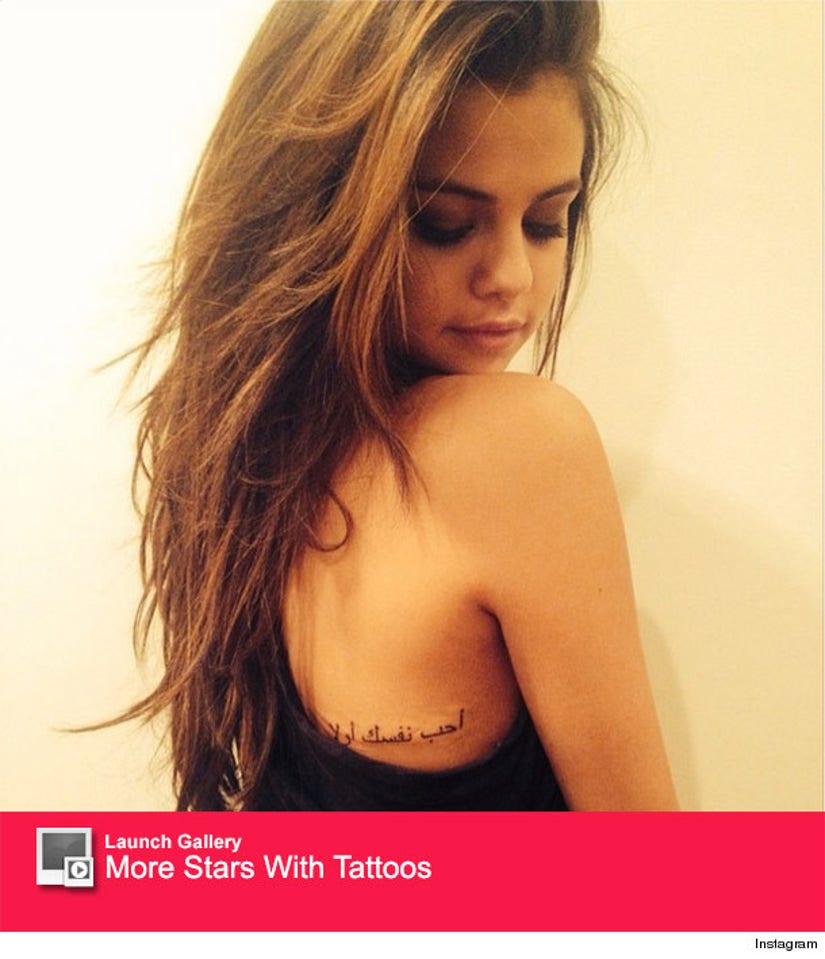 "Little gift for my friend @selenagomez," he wrote along with a pic of the pop star. Bang Bang told E! News that Selena got her tatt, which is located on the upper right side of her back, "about a month ago," adding that "she had been wanting this one for a while."

As for the significance of her new ink?

"Its meaning translates to 'Love Yourself,'" he explained when describing the script, which appears to be an Arabic translation of the phrase "Love Yourself First."

What do you think of Selena's ink ... and her latest red carpet look? Sound off below.