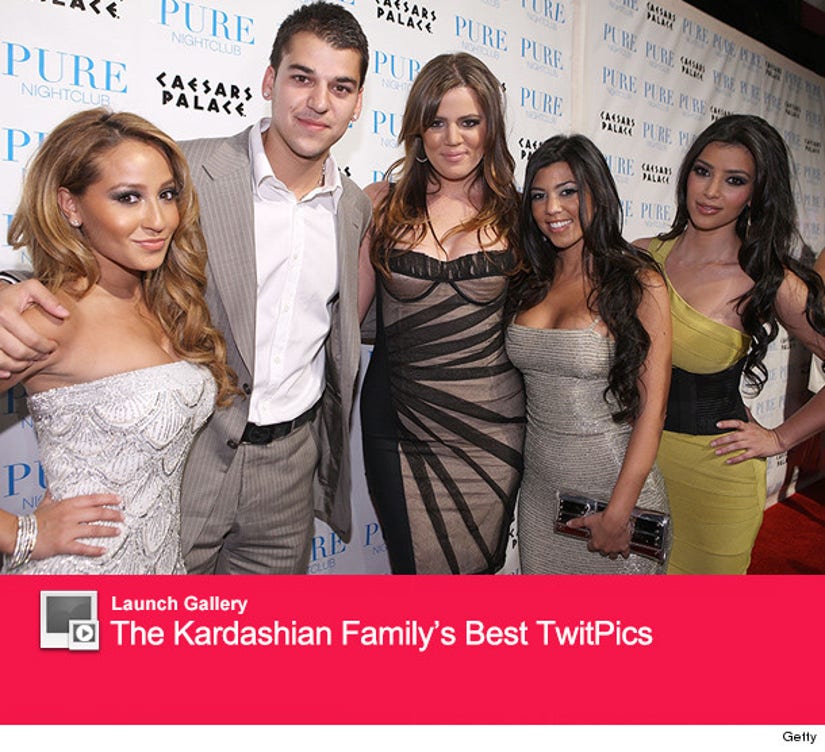 The war of words between Rob Kardashian's ex-girlfriend Adrienne Bailon and the entire Kardashian clan has just gone to a new level.

The former "Cheetah Girl" and the reality TV family have been going back and forth at each other since Bailon dissed her ex in the new issue of Latina.

That prompted Kim to put Bailon on blast, tweeting "Funny how she says being with a Kardashian hurt her career yet the only reason she has this article is bc she is talking about a Kardashian. So sad when people try to kick my brother when he is down."

Both Khloe and Rob seemingly shaded her on Twitter as well.

Now Adrienne's responding to the backlash ... and we can see where both sides are coming from.

"Fame and a Career are two different things. I've always had a career. I have been working hard since I was 15 years old. Being someone's 'girlfriend' was never what I wanted to be famous for," she says on Instagram.

"What makes you 'famous' isn't always what you want to be 'labeled' as, or known for. If anyone should understand that ... It should be you," she adds, in a statement that seems aimed at Kim's sex tape beginnings.

"I also stated in the article that none of this would have stopped me from being in love and being in that relationship," she continues. "I just would have gone about it differently. You can love someone just as much in private. We all learn from our first loves."

So ... whose side are you on here? Sound off below.

While she's still talking about Rob, she's erasing him from her life entirely elsewhere. The actress is currently in the process of getting a tattoo of his name on her backside removed. Check out the video below to see it all go down!