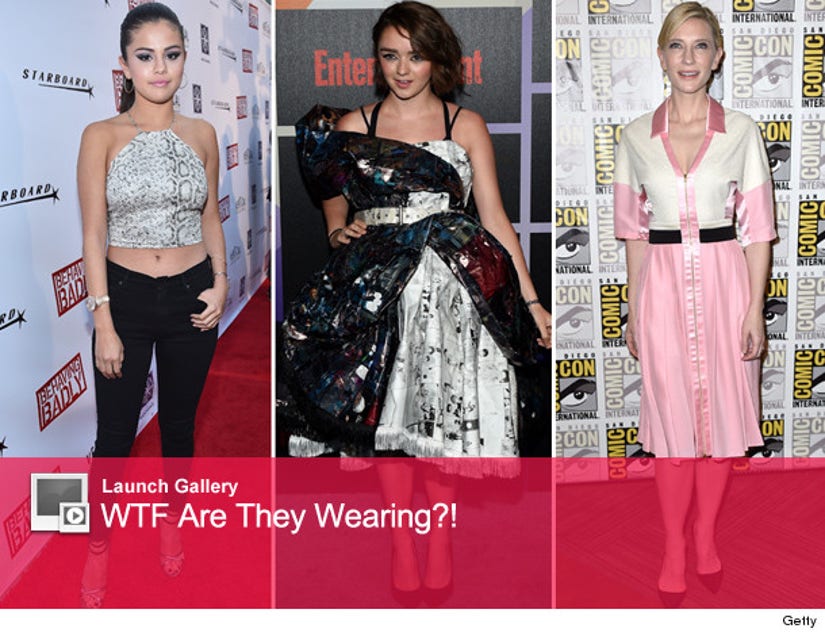 90's throwback fashion, an homage to comics and sock hop chic -- stars are rocking all the wrong trends this week!

The "Game of Thrones" actress' frock was made entirely out of old comics. While we love her willingness to take a fashion risk and appreciate the idea behind the look, the cut of the dress takes away from it's whimsical feel.

And, Cate Blanchett landed on our worst dressed list this week for donning this pink Fausto Puglisi pleated dress to "The Hobbit: The Battle of the Five Armies" press line at Comic-Con on Saturday.

The Oscar-winning actress looks like she's ready to be an extra in "Grease," not signing autographs on the red carpet.

But, these ladies weren't alone -- click "Launch Gallery" above to see more of this week's worst dressed stars!