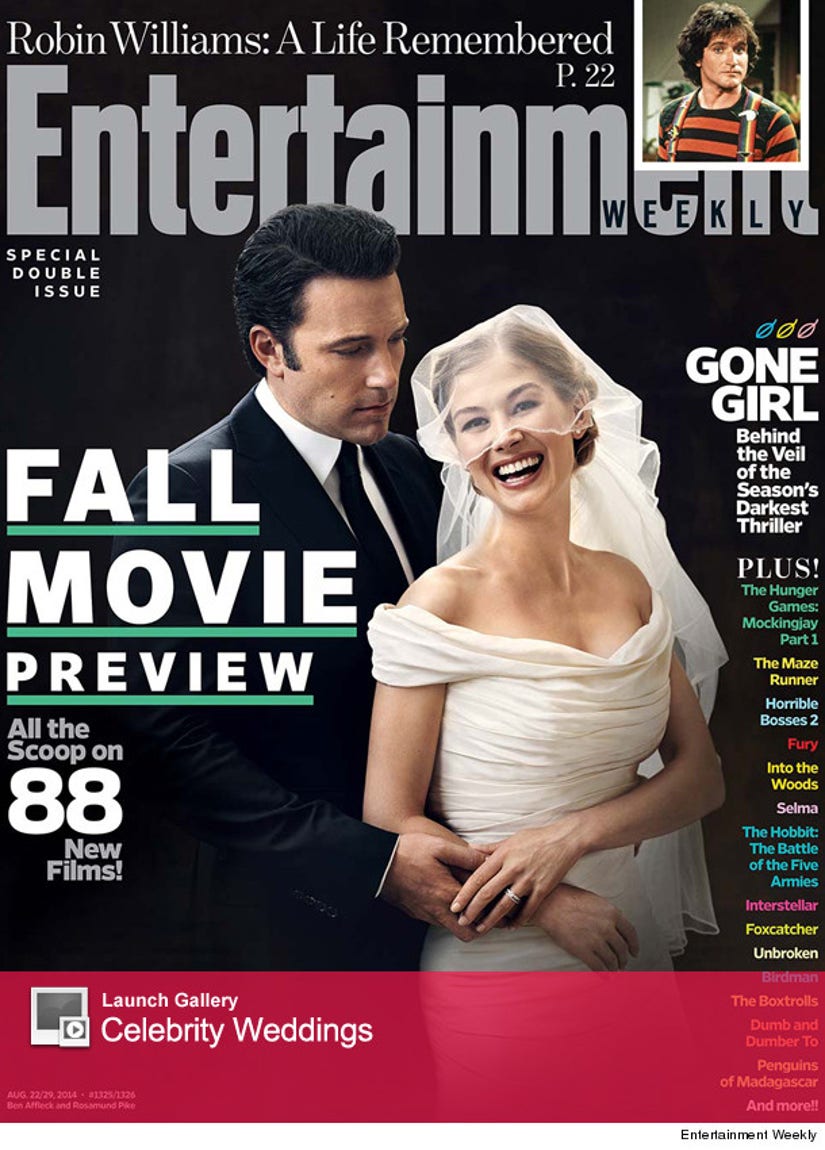 Ben Affleck is using his personal experiences to perfect his performance in "Gone Girl."

The actor and his onscreen wife, Rosamund Pike, are gracing the cover of the latest issue of Entertainment Weekly as Nick and Amy Dunne, the troubled couple in the adaptation of Gillian Flynn's bestselling crime thriller.

In the pic, the pair is posing on their wedding day, with the blushing bride all smiles as her husband looks nervous and mysterious.

The "Batman v. Superman" star opened up about preparing for the role, saying, "It wasn't something I had to do a lot of research for."

In the first trailer for the flick, Affleck is a man on the hunt for his wife (Pike), who mysteriously goes missing. The public starts turning on Nick as the search continues -- and we, the audience, are left to decipher who is telling the truth.

Check out the trailer above!

Director David Fincher ("The Social Network," "The Girl with the Dragon Tattoo") brings his unique aesthetic to the movie, giving the film a creepy, dark and beautiful look we can't wait to see more of.

Reese Witherspoon and Bruna Papandrea, along with Leslie Dixon, are producing the movie.

And fans of the book can rest easy, even you don't know where this twisted tale is heading when it hits the big screen. Flynn reportedly penned a new ending for the movie, so everyone will be on the edge of their seats on October 3.

Who else is counting down the days?!