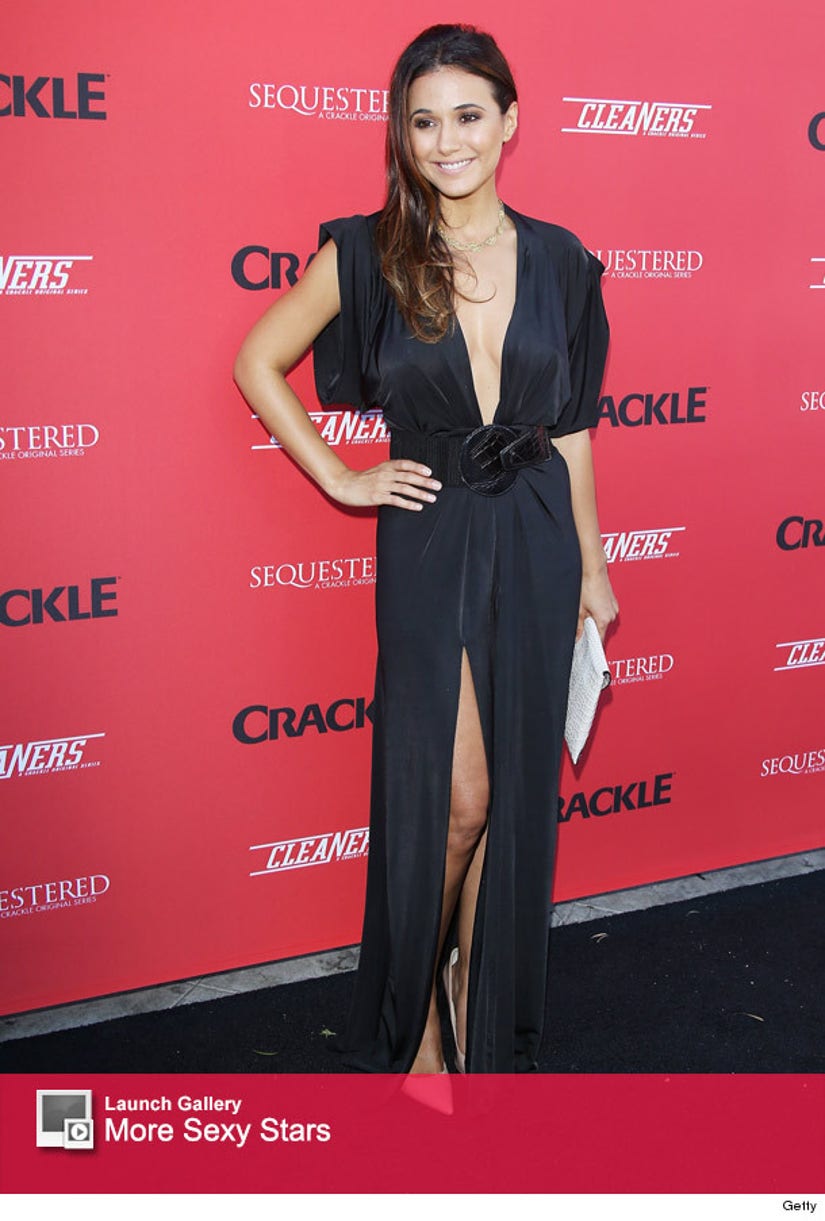 How low can you go?

The 36-year-old actress flaunted her decolletage in a deep plunging black silk gown with a matching black belt to accentuate her tiny waist. She completed the sexy look with nude pumps and a side-swept 'do.

The brunette beauty attended the event to promote her new show "Cleaners," where she plays a lethal contract killer alongside David Arquette. Emmanuelle also is set to reprise her role of Sloan in the upcoming "Entourage" movie.

According to a Warner Bros. press release, the flick will find Vincent Chase (Adrian Grenier) and the boys (Kevin Connolly, Kevin Dillon and Jerry Ferrara) "back in business with super agent-turned-studio head Ari Gold. (Jeremy Piven)"

It continues, "Some of their ambitions have changed, but the bond between them remains strong as they navigate the capricious and often cutthroat world of Hollywood."