Rory McIlroy is the No. 1 golfer in the world, but Jimmy Fallon wanted to see if he could compete with him!

On Monday's "Tonight Show," McIlroy took on the late night host in a game of "Facebreakers," and Tiger Woods was on hand to play caddy and coach for Fallon.

In the game, both men tried to hit golf balls at glass targets with their faces on them, each trying to "break" as many of the opponents face as possible.

We aren't sure this was a fair fight -- check out the clip above to see how Fallon performed against the golf champ! 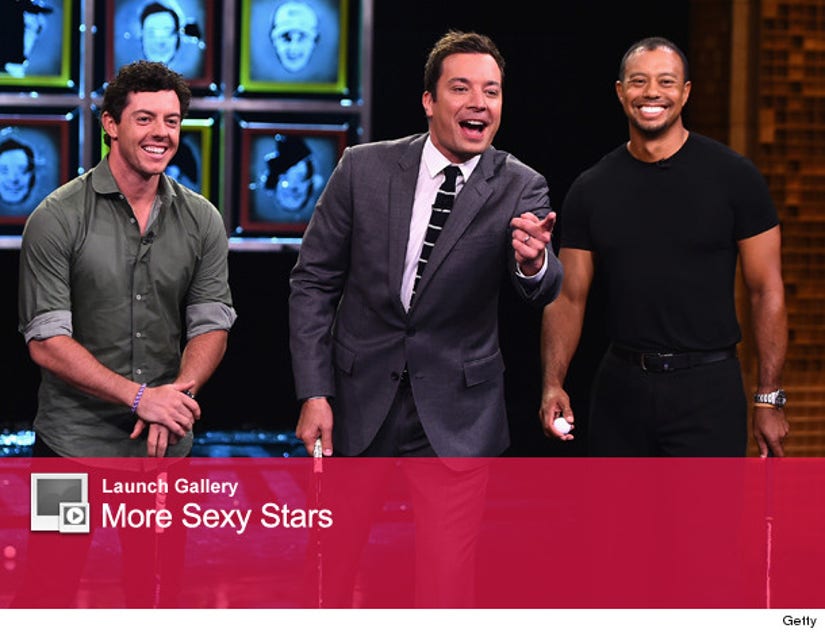 Woods and McIlroy may compete on the course, but there's a lot of admiration and respect between them.

"I've gotten to know Tiger for the last few years," Rory said. "I guess this little run that I'm on makes me appreciate what he's done in the past. Just phenomenal, just to keep a run like this going and he's done like way more than me."