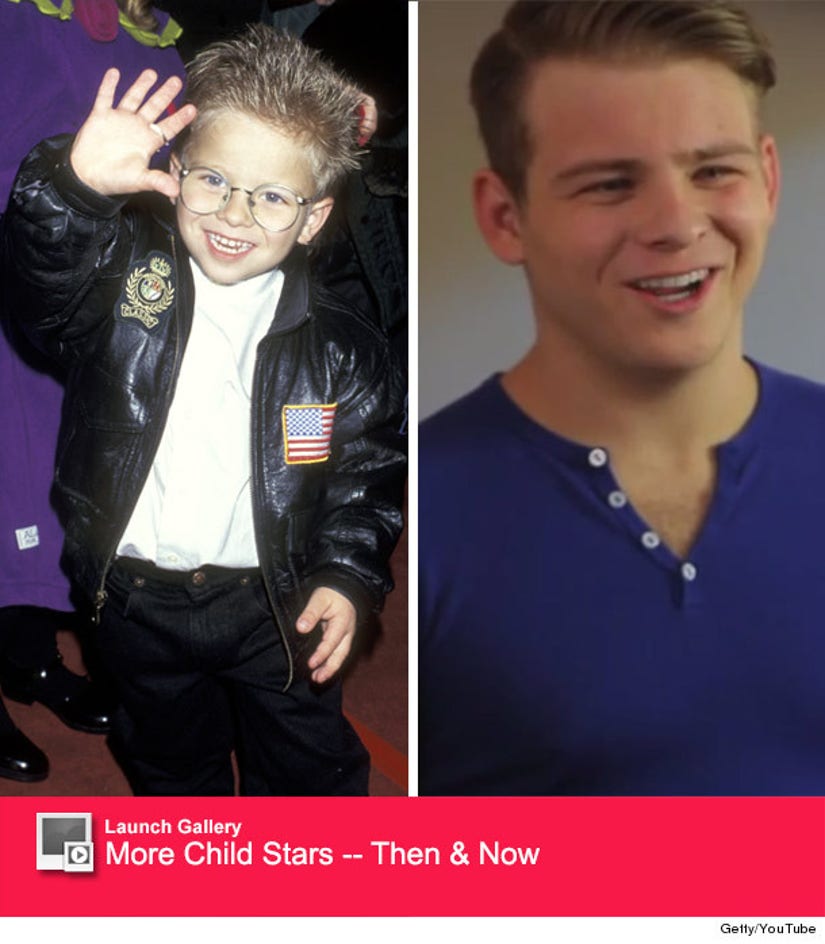 Jonathan Lipnicki knows he used to be cute.

The actor -- who got his adorable start as the precocious kid in "Jerry Maguire" -- just released a new web short called "You Used to Be Cute" -- giving fans an insight into what it's really like to be a former child star and poking fun at his past.

In the clip, the now 23-year-old is seen going on an audition as a full-grown adult, but the mood in the room changes as the casting agents start grilling him about his rumored drug use and famous lines from the 1996 Tom Cruise film.

While the short is clearly very tongue-in-cheek, Lipnicki tells toofab it's actually not too far from the truth.

"I got the idea from real life experiences," he says -- adding that people tell him how adorable he once was on a regular basis. When asked if he really gets confused for other child stars, like "Sixth Sense" ghost whisperer Haley Joel Osment, he says "Yes, all the time. It's hilarious!"

And yeah ... he also gets a lot of prison mail.

"It is usually asking for a picture for their kids, so it's fine and I answer," he says. "Some I have gotten were inappropriate though ... so I didn't reply."

Lipnicki says he hopes to continue "You Used To Be Cute" as an online series. "I see it as just dealing with my experiences, although we would most likely have some former child actor guest stars," he explains.

Both Mara Wilson ("Mrs Doubtfire" and "Matilda") and Candace Cameron Bure ("Full House") have shown their support for the short -- with Mara calling it "pretty much the story of my life."

As for where else you can see Lipnicki these days, he tells us he just finished a movie called "Boone: The Bounty Hunter" and is in rehearsals for a play called "Nice Things" opening in October in Los Angeles. He also appears on the teen soap "Youthful Daze."

For now, we'll leave you with this: