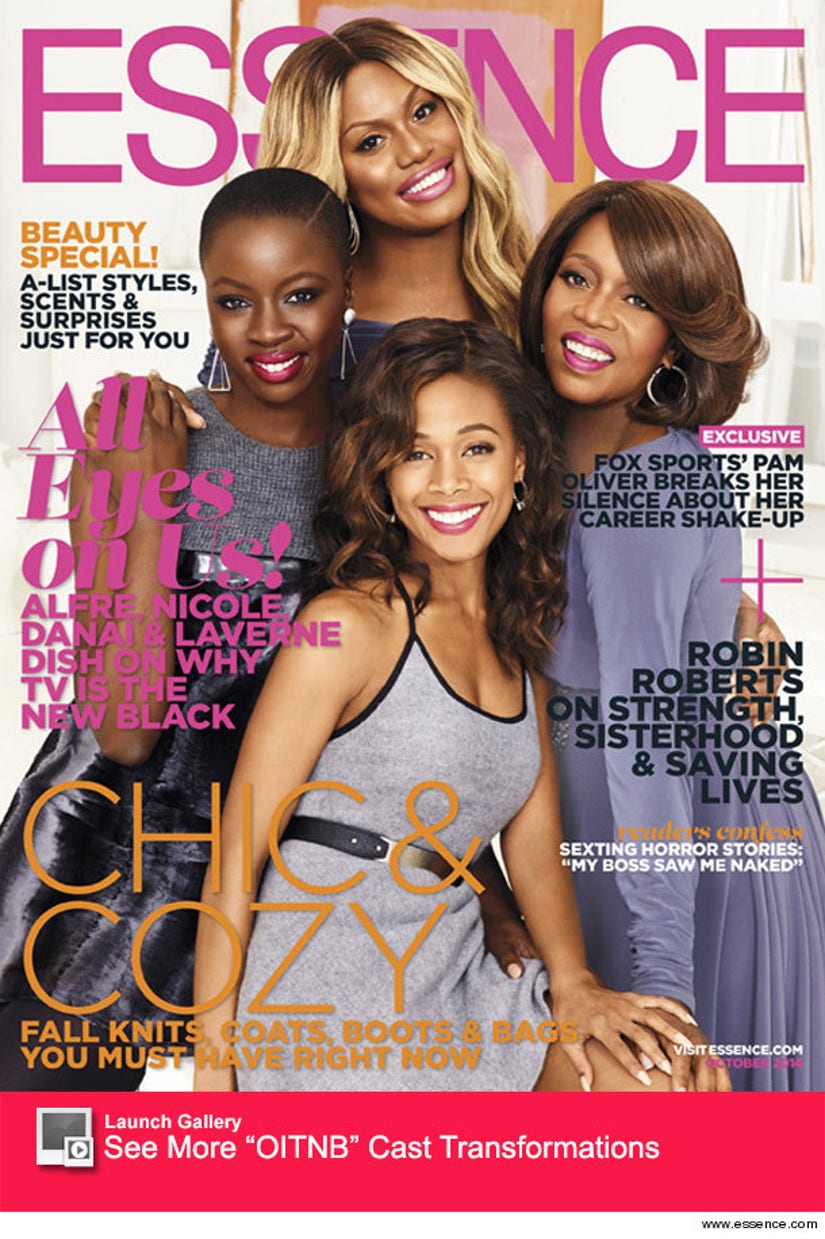 Laverne Cox couldn't be happier with her career!

In the new issue, the Netflix star talks about the success and the diversity of the prison series.

"At one point I looked around and I said, 'I don't think anybody is going to go for this, but this is wonderful,'" Cox reveals. "It felt so good. Lo and behold, people really did go for it in a really big way."

PHOTOS: "Orange Is the New Black" Stars at Pride!

"OITNB" is just one of the many shows this Fall that will feature African-American female leads, and Laverne says the shift has to do with "changing target demographics."

"People are watching television in a different way," the actress explains. "People are understanding that [the traditional 'middle America'] demographic is not necessarily one that we always need to target, which is great."

The 30-year-old also says that Netflix played a huge part in boosting her personal career.

"I've been acting for a very long time and not getting very far," she tells the mag. "I would say we needed some sort of systemic revolutionary change for me to have an acting career. Netflix has provided that."

We can't wait to see Season 3 of "Orange is the New Black" -- what to do you think about Laverne's candid comments?

Tell toofab below and click "Launch Gallery" above to see even more cast transformations from prison to the red carpet!