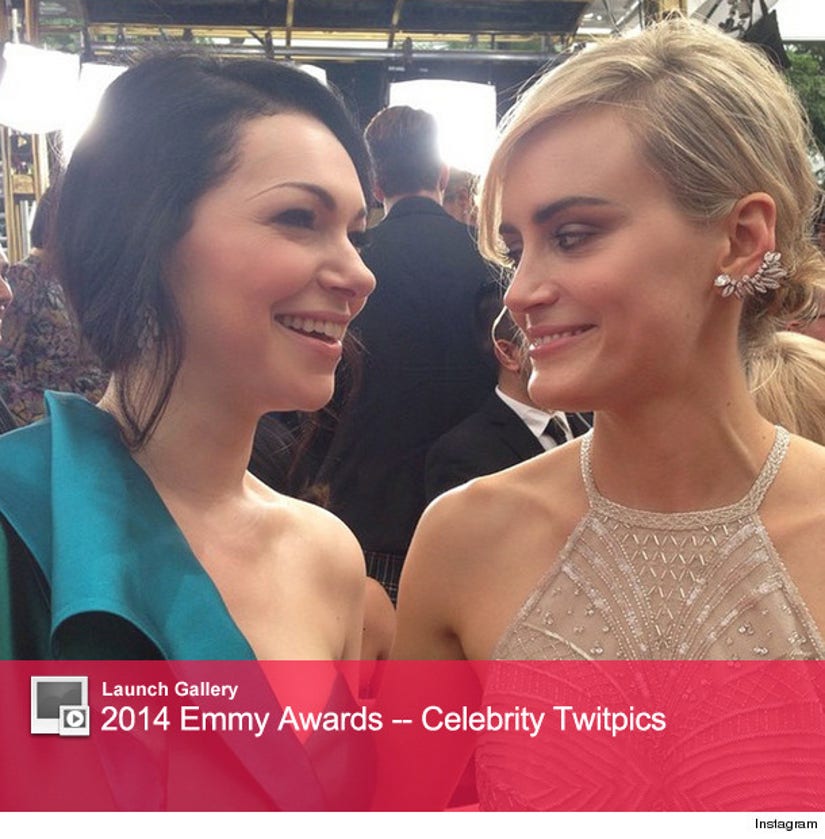 Hollywood's hottest television stars were celebrated at the 66th Primetime Emmy Awards on Monday night -- and the celebs got a little wild behind the scenes!

Wonder if she noticed that her Emmys portrait included the "Scandal" actress?

Laura Prepon shared a sweet snapshot with her "Orange is the New Black" cast mate and on-screen girlfriend Taylor Schilling, writing, "With my beautiful co-star @tayjschilling."

And Kaley Cuoco-Sweeting posted a pic of herself chowing down on a McDonald's hamburger and fries before she hit the red carpet.

"The Big Bang Theory" starlet revealed her fast food indulgence by posting a pre-Emmys photo on Instagram of her stuffing her face with the tasty treats.

But these stars weren't the only ones sharing some inside snaps, click "Launch Gallery" above to see even more celebrity TwitPics from the 2014 Emmys! 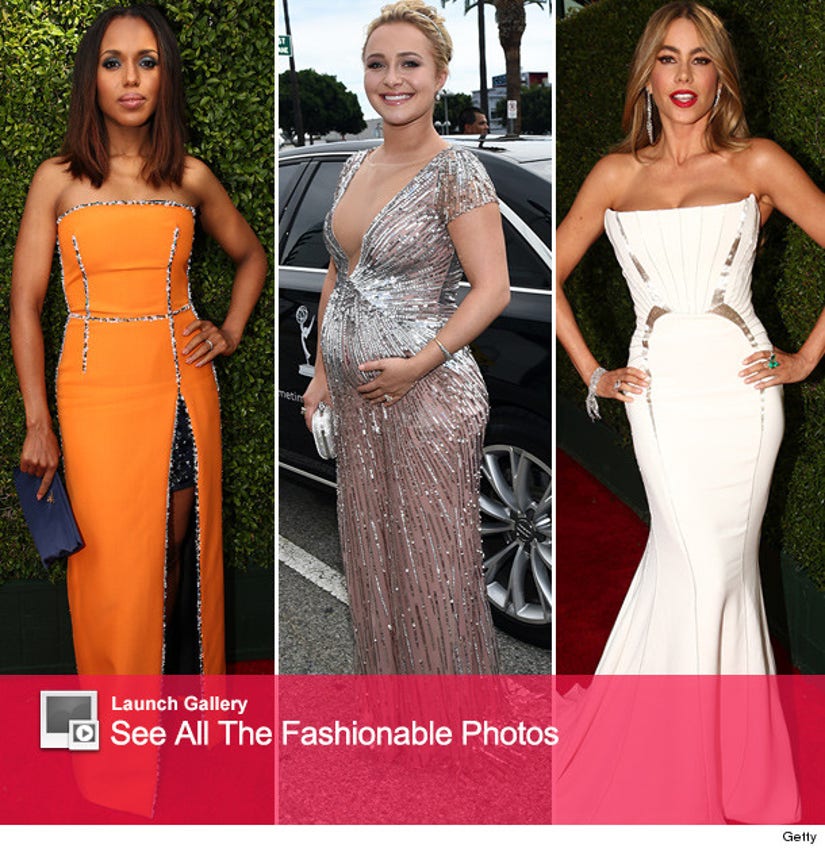