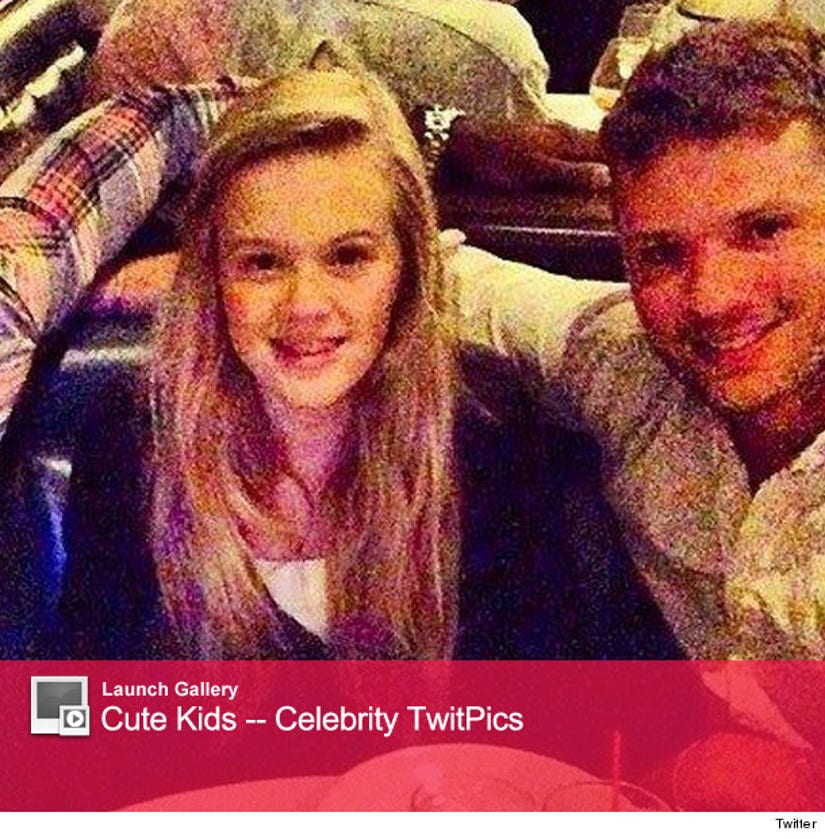 Ryan Phillippe is one proud papa!

The actor took to Twitter on Tuesday to share a series of messages in honor of his daughter Ava's 15th birthday.

"15 yrs ago today, was my last on, "The Way of the Gun". A helicopter waited off set to transport me from the "Mexican brothel" in Utah to Cedars Sinai in Beverly Hills," he tweeted. "With my stomach in knots, exhausted & dirty, covered in syrupy fake blood & shards of candy glass ... found the pad and I was taken to an area to sterilize myself. I made it to my then wife's bedside w/ two hours to spare before my baby girl first entered the world."

"15 years ago I learned what love truly is," the doting dad added.

The "Damages" star and ex-wife Reese Witherspoon, who divorced after seven years of marriage in 2006, amicably co-parent Ava and their 10-year-old son Deacon.

Even though these kids are growing up in the spotlight, their famous parents make sure they're not living in a Hollywood bubble.

"That's been a core element of our parenting both Reese and I with the kids, keeping them aware," Phillippe told E! News last year. "Neither of us grew up particularly privileged. Our kids are now, so it's important to keep them mindful and I've got to say we've done that job."

So, will Ava and Deacon follow the career paths of mom and dad? "I think there's good and bad people in each and every occupation," he said. "If they're tough enough to handle all that would go along with it, then you know...And I've often said and I don't mean to dismiss or demean our industry, but I'd like to see them do something a little more meaningful or important. If I had the education and what they have offered to them as kids, I may have gone a different way."