Nick Carter and wife Lauren Kitt-Carter are taking the plunge ... to reality TV!

The cute couple chatted with toofab's Brittany Kyles, where they opened up about their new VH1 reality show "I Heart Nick Carter."

Check out the video above to see what prompted the newlyweds to make the move to reality TV, and see what they had to say about dealing with some of Nick's eccentric fans!

Nick and Lauren tied the knot earlier this year, and we'll finally be able to to see the longtime loves say "I do" on the show.

"For me, to have a time in our life documented, we'll always be able to look back and see footage of our wedding. I don't think we would've had it so beautifully shot, had we not done a reality show," Lauren told us.

"If I don't believe in it, it doesn't exist," the brunette beauty confessed. "It's not even something I have ever thought about." "I'm not worried," Nick added. "I believe that love will conquer anything."

The one thing Lauren does have to worry about, however, are some of the BSB fans out there. Both she and Nick shared a couple incredibly creepy stories in the video above -- including one about a fanatic who threatened to kill Kitt with a knife. Yeah, it's crazy stuff!

And be sure to check out the gallery to see more pop stars then and now! 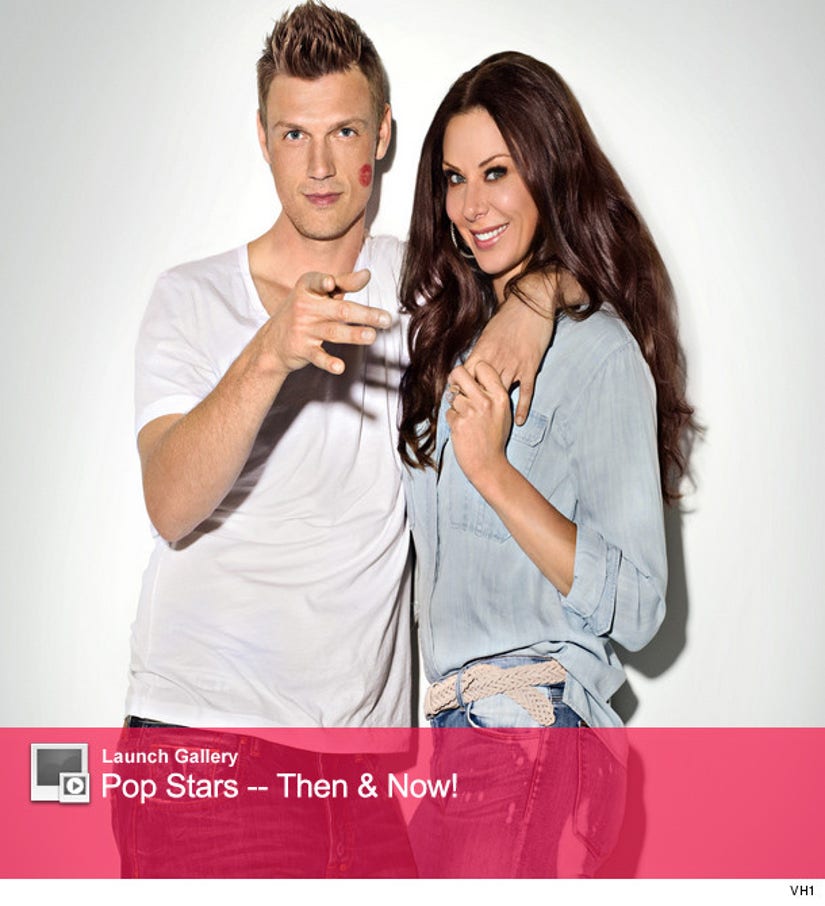