Don't let his muscles fool you ... Channing Tatum has a very unusual phobia!

During an upcoming appearance on "The Ellen DeGeneres Show," the "Magic Mike" star admitted that he has a fear of porcelain dolls. So, of course, the talk show host wanted him to conquer that fear on her show.

"I just think they're really super freaky," the 34-year-old actor revealed. "They have real eyes and they look real. I just imagine when I walk by them, their heads turn with you the whole time."

Channing Tatum Raps About "The Dick Graze" -- And It's Hilarious!

Ellen made the hunky star come face-to-face with his fear when she had the doll kiss him. "I love you Channing," she said, as he squirmed in his seat.

Watch the clip above to see his hilarious reaction! 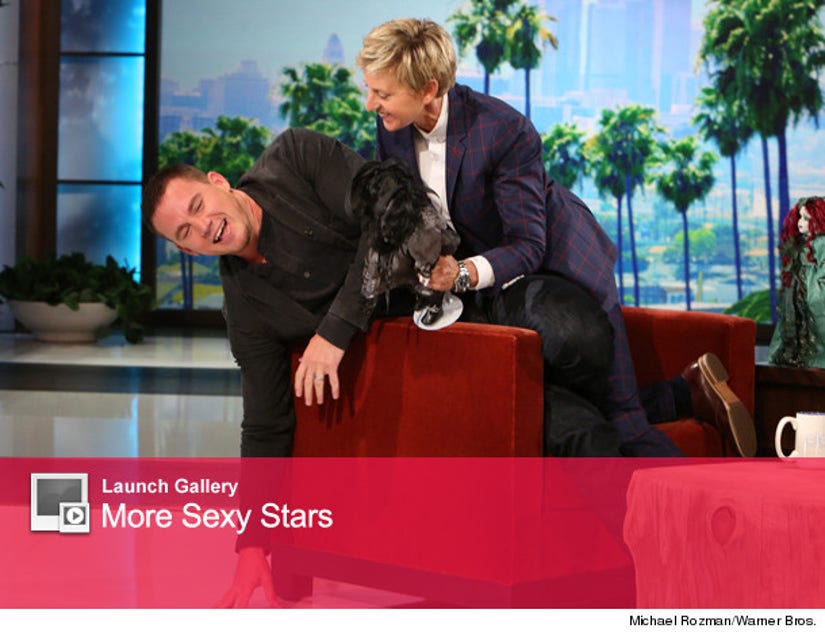 The "22 Jump Street" star also talked about how he's preparing for the highly-anticipated "Magic Mike" sequel.

Channing Tatum Proves He's Getting That "Magic Mike" Bod Back

"You are no longer 'fappy.' You are in like really great shape. Are you back? Are you getting ready for "Magic Mike" again?" she asked. "Trying … still happy but yeah training very, very hard at the moment," the chiseled actor said.

We can't wait to see Channing hit the stage again -- are you excited to see the "Magic Mike" sequel? Sound off below!