Ethan Hawke is opening up about the tragic death of Robin Williams.

In an interview with CBC Q Radio's Jian Ghomeshi at the Toronto International Film Festival, the actor talked about what it was like to work with the comedy legend as an up-and-coming talent.

Hawke met Williams on the set of the "Dead Poets Society" back in 1989, where Robin helped him forward his career by setting him up with an agent.

"I'm here at the Toronto Film Festival, that agent is gonna be at the premiere of 'Good Kill' tomorrow night," the 43-year-old star explained. "We know each other because Robin called his agent and said, 'You know, I think there's somebody good on set I met and you should meet him.' I owe that to him." 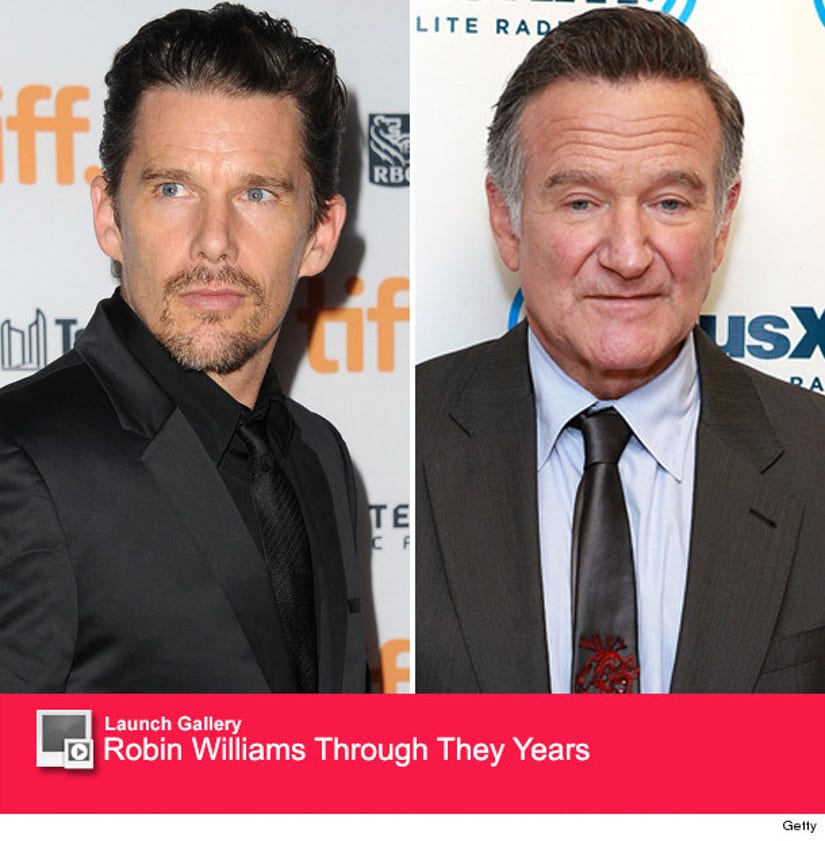 Even as a teenager, Hawke says he sensed sadness behind all of Robin's jokes.

"Even at 18, it was obvious that he was in a tremendous amount of pain," he said of Williams, who committed suicide last month. "I don't know to what extent his whole life… Anybody who was watching knew. A lot of people aren't watching, actually, because he's so funny and so light."

"He moved us all," Hawke continued. "There was a very serious mind there. He was also so sentimental, just this big, sensitive heart. When we lose a great, great clown -- that's what he was -- there are people who are scared of that word a little bit, but he was a light for the world."

When Williams' took his own life, it was a shock to many.

"I feel like there's an immediate sadness that is pervasive in the whole community when somebody who made all of us so happy reveals themselves to have been in tremendous personal pain," Hawke added. "The happiness wasn't reciprocal. We didn't make him happy. That somehow rings to all of us."