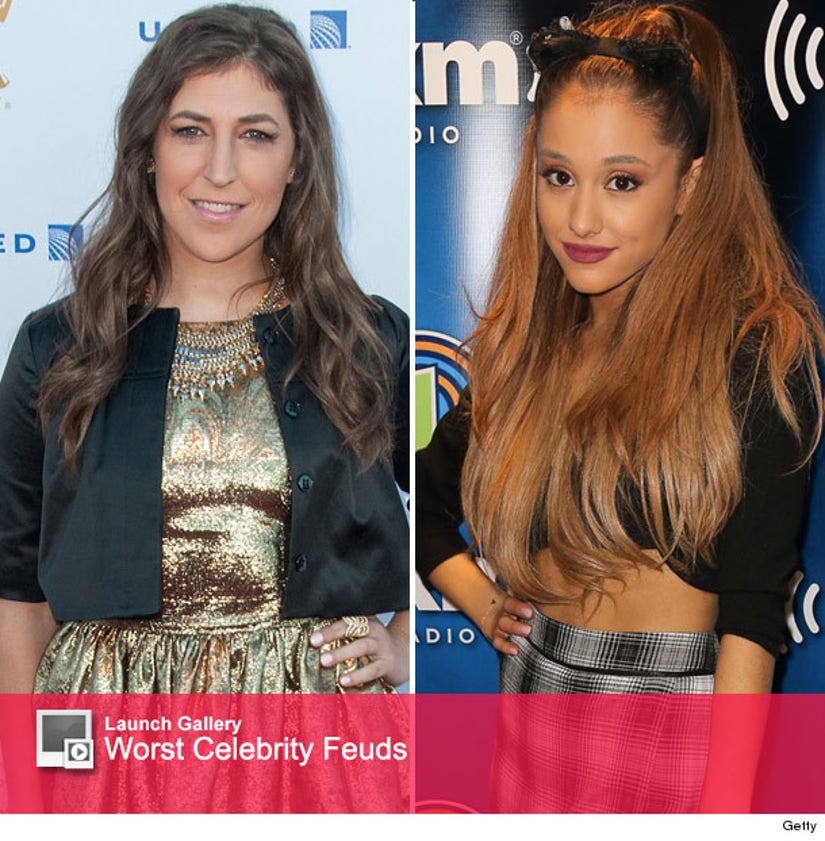 Mayim Bialik is not a fan of Ariana Grande ... but it has nothing to do with her music.

The 38-year-old actress took to her blog on Kveller.com Friday to speak out about overtly sexy celebrity advertisements as a whole, where she took aim at the former Nickelodeon starlet.

The lengthy post, which is titled "The Problem With That Giant Billboard of Ariana Grande," lays out her opinions about the over-sexualized nature of the advertising industry, particularly when it comes to Hollywood.

"There is one for Ariana Grande, and I will go ahead and admit I have no idea who she is or what she does," she writes. "Based on the billboard, she sells lingerie. Or stiletto heels. Or plastic surgery because every woman over 22 wishes she has that body, I'm sure. Why is she in her underwear on this billboard though? And if she has a talent (is she a singer?), then why does she have to sell herself in lingerie?"

But, the "Problem" singer isn't the "Big Bang Theory" star's only target. She also isn't fond of those racy ads for one of Showtime's hottest series either.

"Then there are the Masters of Sex ads. Seriously? How am I supposed to explain those to my kids? Especially my older son who can read?" she adds.

The "Blossom" alum admits that she may be "a crotchety old lady," but she doesn't want to be bombarded with all this S-E-X.

Bet You Never Knew This About "Blossom" -- Stars Reunite & Reminisce!

"I just don't understand why this is what ads need to look like," she continues. "What good does it do for humanity or society? Why do I have to be OK with young women literally in lingerie on gigantic billboards? If I want to see women in lingerie, I can walk through any mall with a Victoria's Secret," adding, "Which, by the way, is a misnomer because there is nothing secret about what's being sold at Victoria's Secret."

Mayim certainly doesn't hold back -- what do you think of Bialik's blog post? Sound off below.