Billy Crystal is opening up about losing his best friend, Robin Williams.

In an interview with Today's Matt Lauer, the 66-year-old actor revealed how difficult it was to memorialize the late comedian at the 2014 Emmy Awards last month.

"I think it's the hardest thing I've ever had to do," Crystal told Lauer. "They asked me if I would do it and I said, 'Of course.' But then came the task of doing it right -- and being the spokesman for everybody in front of 17 million people."

"He's my closest friend, and to do it with some humor and only in the short period of time that I had to do it was difficult," he added.

Billy recalled that his longtime friendship with Williams really blossomed when they started working with Comic Relief, as they delivered money raised by the telethons. "So it was on those plane rides or on the car rides, being those quiet moments where we weren't just doing comedy, we were just talking as friends." 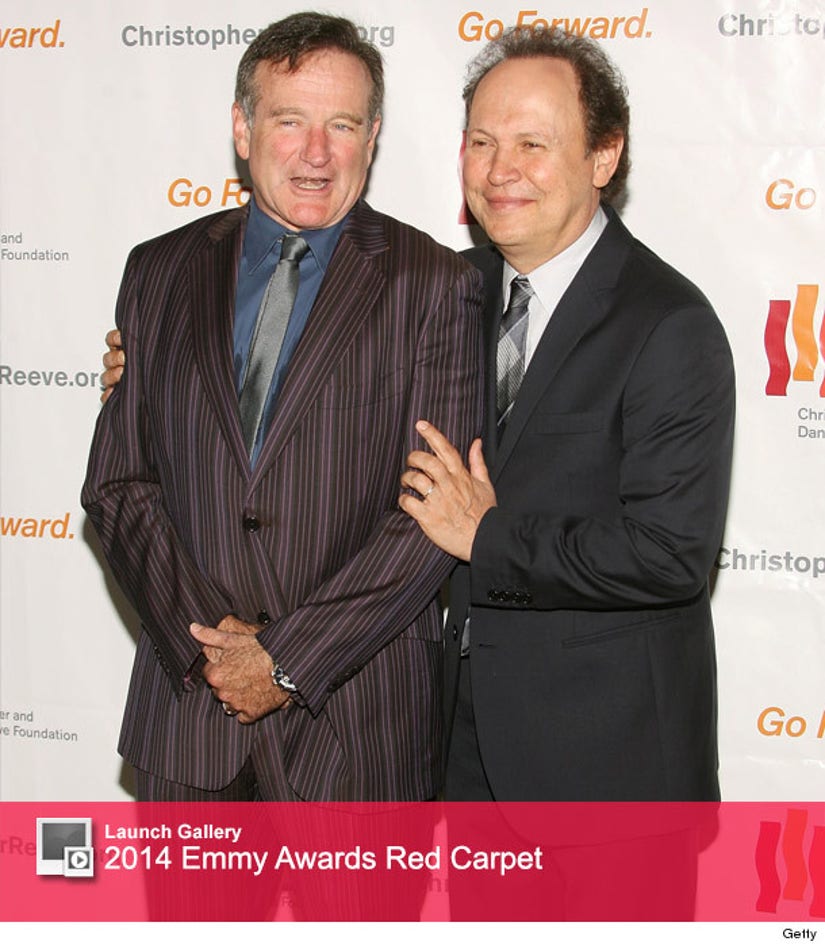 The funny star also talked about his special bond with the Oscar-winning actor, sharing that "we'd talk three, four times a day, sometimes, but then the riffs were still great. We'd go late into the night like two jazz musicians who just got new horns."

When he took the stage at the Emmys, Crystal delivered a perfect tribute, saying, "He made us laugh, hard, any time you saw him."

"As genius as he was onstage, he was the greatest friend you could ever imagine—supportive, protective, loving," Crystal continued. "It's very hard to talk about him in the past because he's so present in all of our lives."

"For almost 40 years, he was the brightest star in the comedy galaxy, but though some of the brightest stars are extinct now," he added. "They float in the heavens, so far away from us now, their beautiful light will continue to shine on us forever...[and sometimes] you'll think to yourselves, 'Robin Williams, what a concept.'"

Williams died of suicide at 63 on Aug. 11 following a long battle with addiction and depression.