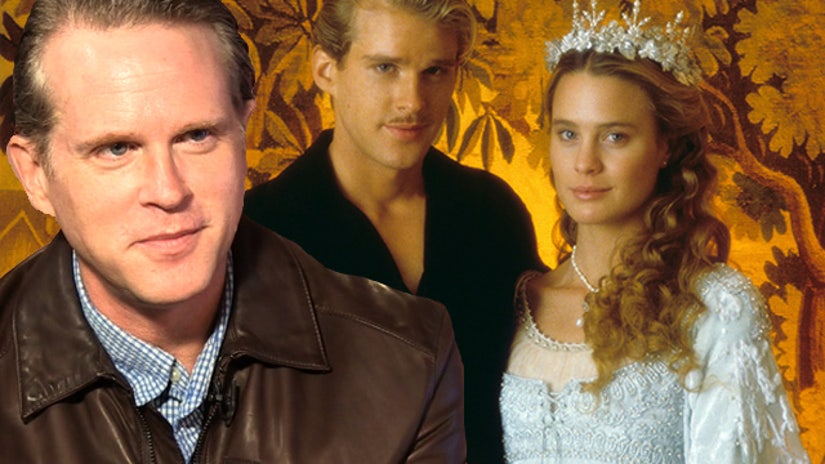 It may seem inconceivable, but even 27 years later, we're still learning new intel about "The Princess Bride."

Chronicling everything from casting decisions to the film's never-ending legacy, Cary Elwes' new tell-all book -- "As You Wish: Inconceivable Tales from Making of The Princess Bride" -- reveals everything fans could ever want to know about the classic 1987 flick.

"I call it the gift that keeps on giving," Elwes tells toofab's Brian Particelli about his love for the film. "It's one of the rare occasions where you have a good time and the film ends up being successful. That doesn't always correlate. Sometimes you can have a great time making a movie and it ends up not being anything anyone wants to go see!"

But, much like Princess Buttercup and Westley's love story, production of the film was not without its hiccups.

When asked what fans may be shocked to learn when they pick up the new book, Cary revealed one on-set injury that almost cost him the role!

"They might be surprised to know that I broke my toe on the movie," Elwes says with a laugh. "Andre [the Giant] was driving around on a 3-wheel ATV on the set and he kept coming up to me and goading me, going, 'You know you want to try my toy, boss.'"

While he said no at first, Andre eventually wore him down.

"I got on the thing and didn't get further than a foot and a half, and I went over a rock and caught my toe between the clutch pedal and the rock, and I can feel it break. Right then and there," says Cary. "That was a point where my hubris exceeded my aptitude."

While Cary will always remember Robin Wright as Buttercup, the 51-year-old has been keeping tabs on her new role as the ruthless Claire Underwood on "House of Cards."

"It's very, very different," her former costar exclaims. "She's amazing. We all knew when we met her what an incredibly actress she is and we were fortunate to have her in the movie. She's just a great person, and yes, her role in that show is just extraordinary. It's frightening. She's a very powerful performer."

The actor also revealed the craziest fan tattoo he's ever seen and reminisced about another of his films celebrating a big anniversary this year, "Saw," which turns 10 next month. Check out the video above to see what he had to say!

"As You Wish: Inconceivable Tales from the Making of The Princess Bride" hits is currently available for pre-sale on Amazon and will be released on October 14.