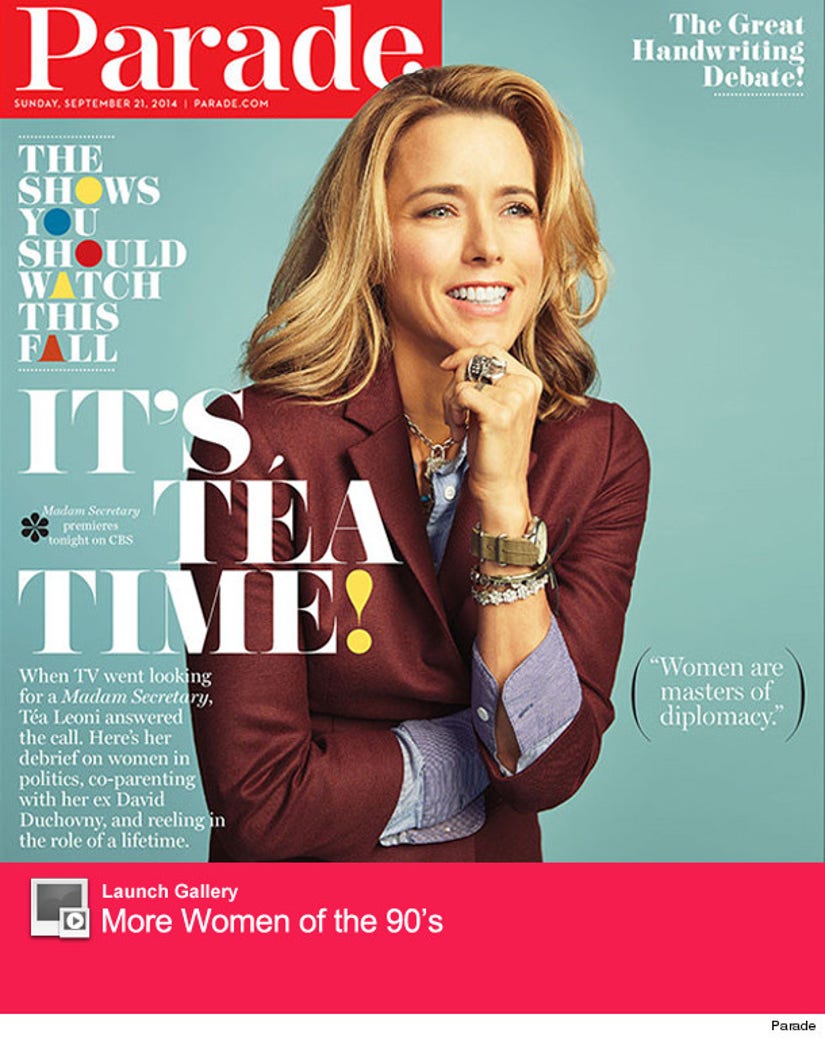 Téa Leoni is finally talking about her split from David Duchovny.

The couple initially separated in 2008 before reconciling and separating again in June 2011. The actors filed for divorce in June 2014, citing "an irretrievable breakdown" as the cause for their split.

Duchovny famously entered rehab for sex addiction back in 2008.

"Listen, David gave me the two greatest gifts on the planet; I don't know how I could ever hate him," she says in the Sept. 21 issue of Parade. "We've always loved each other, and we adore these kids."

The pair has stayed mum on their split to protect the privacy of their children, Madelaine West, 15, and Kyd Miller, 12.

"I'm not playing stupid—I understand feelings can get hurt and things can get icky. We've had our moments like that. But these kids are too important, and he feels the same way. I know it," the actress says. "He's a good guy." 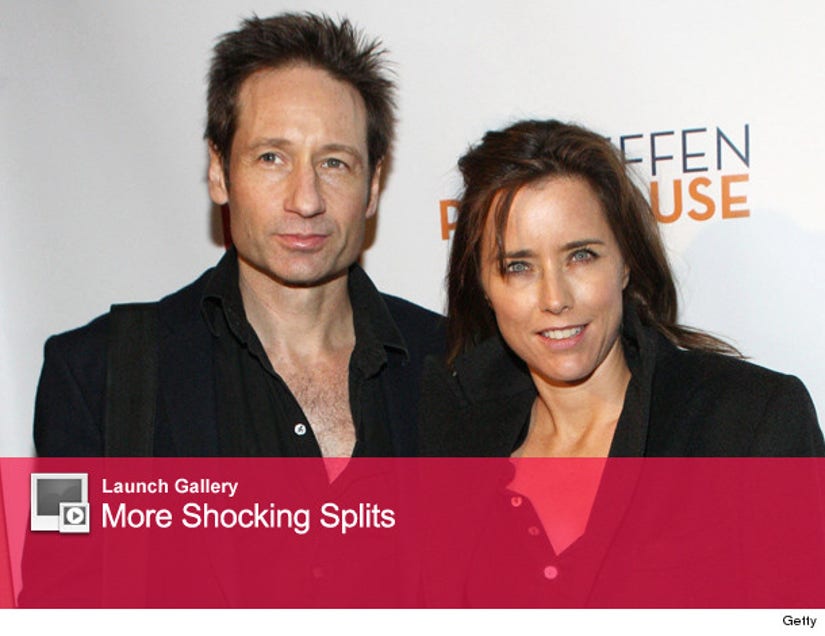 For his part, Duchovny says, "Téa and I had a long time together; we'll always be connected and there for each other."

The "Californication" star -- who has a place in New York but has been in L.A. working on a series about Charles Manson -- had the kids for most of the summer, while Leoni lives in the Big Apple where she films her new show, "Madame Secretary."

"It's fun to spend time as this unit that we still are, and it's easy to communicate about them," she says. "There was that brief moment when the kids said, 'Oh, I can work a scam on you here and him over there,' and we were like, 'News flash—no!'"

We're happy to see that the estranged pair is in a good place. What do you think of the actress' candid comments? Sound off below.