Ben Affleck may be playing Batman in "Batman v Superman: Dawn of Justice," but that doesn't make him a superhero in his kids' eyes!

The "Gone Girl" star stopped by "The Tonight Show" on Monday, where he explained why he's jealous of host Jimmy Fallon.

"Despite the fact that I'm playing Batman now, people would say, 'Are your kids into it?' The truth is, [they're] not," he explained, referring to Violet, 8, Seraphina, 5, and Samuel, 2.

"If I was doing the sequel to Frozen I would be a hero," he added. "My two older daughters could give a sh*t about Batman and they've now passed that affection onto my son. He's always like, 'Papa, can I watch Frozen?' And I'm like, 'No, dude, it's not on again!" 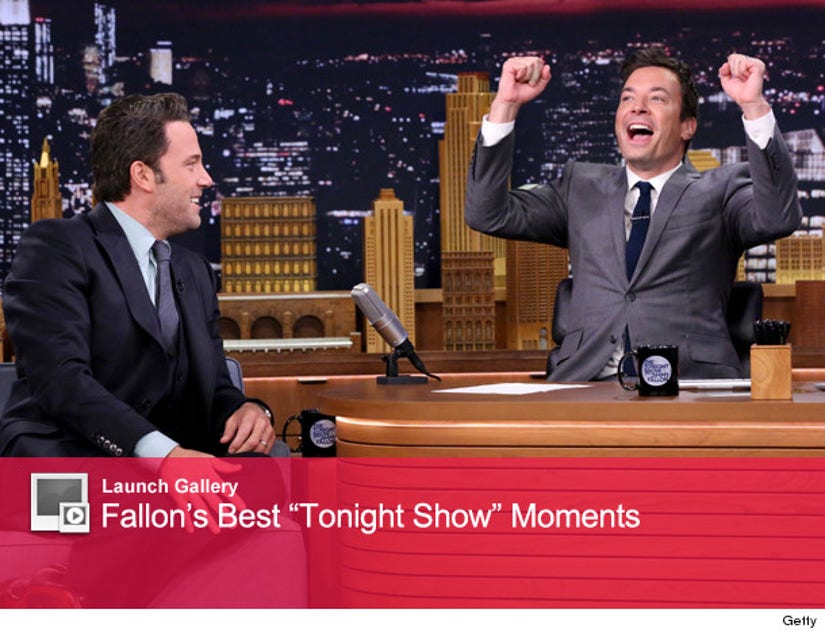 To avoid watching the Disney favorite over and over, the actor came across Idina Menzel's appearance with Fallon in March when she sang "Frozen's" trademark song "Let It Go."

Check out the clip above to hear more hilarious dad-tales from Affleck, and click "Lauch Gallery" above to see more of Fallon's best "Tonight Show" moments!