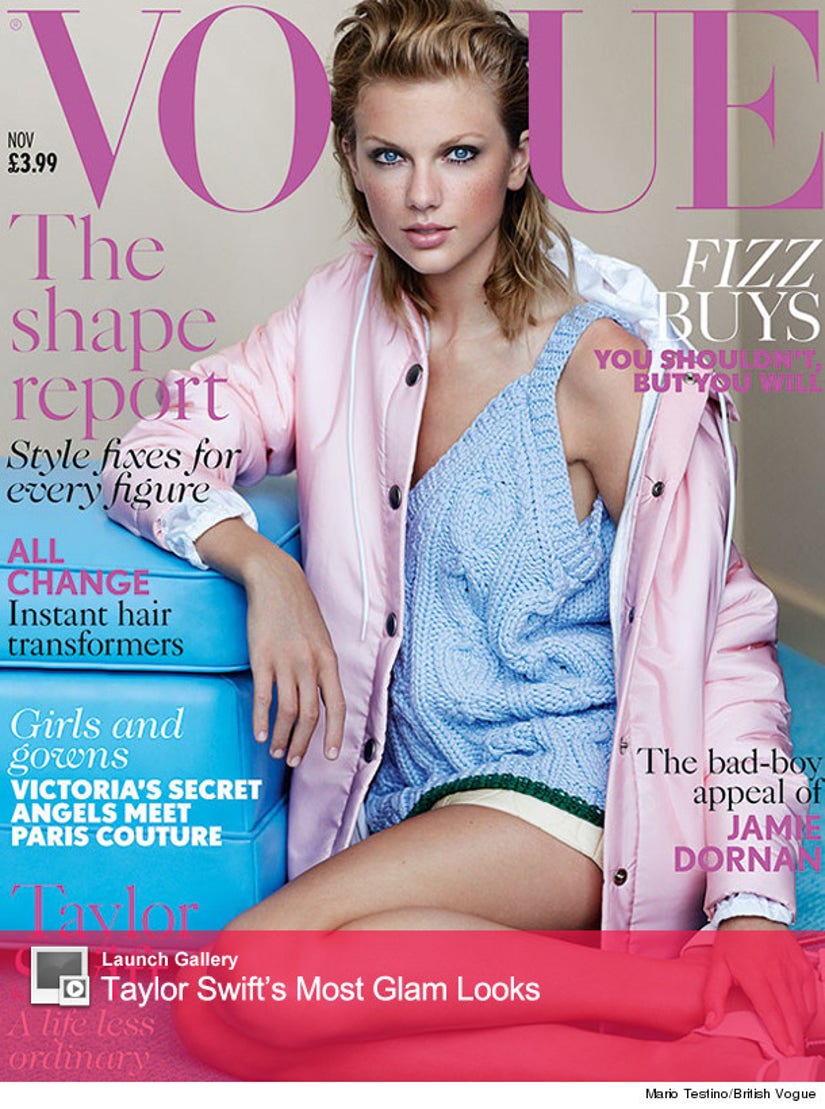 Taylor Swift has a habit of writing about her relationships in her music, but now, romance is far from her first priority.

The "Shake It Off" singer covers the November issue of British Vogue, where she explains why she's happily single.

"Dating or finding someone is the last thing on my mind, because I can't picture how it could work with the way my life is," she tells the mag, whose famous exes include Jake Gyllenhaal, Joe Jonas, Taylor Lautner and Harry Styles. "I don't know how a guy is supposed to walk next to his girlfriend when there are 20 men with cameras, and he can't protect his girlfriend because that's the life she chose."

"I just don't see how it could work, so I don't think about it, and I kind of run from it when it presents itself," she adds. "I don't think any guy really… They think that they would want to get to know me, and maybe date me, but I don't think they want what comes with it."

The blonde beauty certainly knows what she wants (or doesn't) want when it comes to romance, and she displays that same confidence on her fifth studio album, "1989," which is a departure from Swift's country roots.

"This time around I've chosen the brave and bold way of going about things," she explains. "Because with this album I've completely changed the sound of everything I've done until now. So it's interesting to not be afraid of that. You know, I don't want to hurt people's feelings, I don't want to betray Nashville, whatever, but essentially it comes down to challenging yourself as an artist."