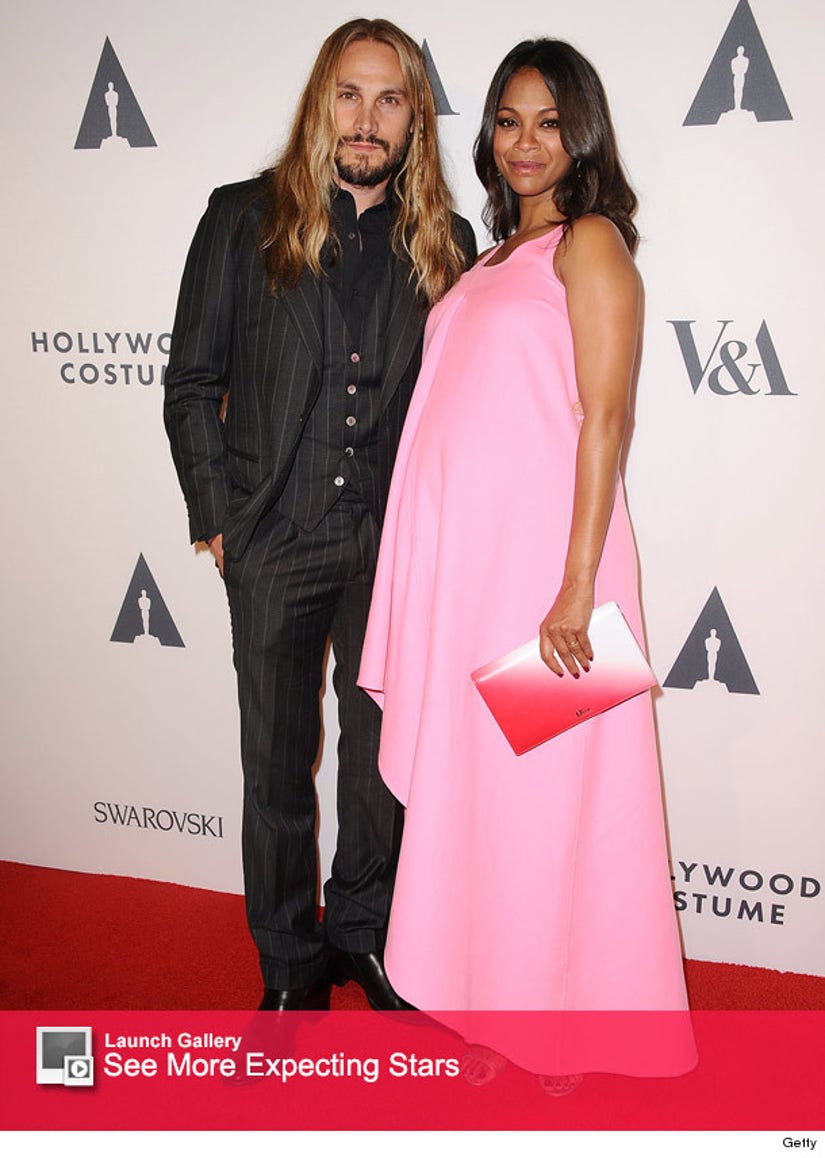 Looks like Britney Spears really did ruin the surprise -- because Zoe Saldana has two buns in the oven!

The actress showed off her growing baby bump in a pink Dior dress at the opening of the Hollywood Costume exhibit at LA's Wilshire May Company Building on Wednesday, where she confirmed that she's expecting twins with husband Marco Perego.

When I asked if she'd be dressing up for Halloween this year, the expecting star reportedly rubbed her belly and told E! News, "I might need three costumes. I might have to make some adjustments, but it would be nice."

Saldana may have finally confirmed that she's having twins, but her "Crossroads" costar, Britney Spears, previously let it slip that she has two bundles of joy on the way.

When asked by Entertainment Tonight if she and Saldana would ever film another movie together after running into each other at the airport, the pop star, said "Who knows? That's a very good idea. But she's pregnant with twins right now. So I'm sure she's got a huge future ahead of her." 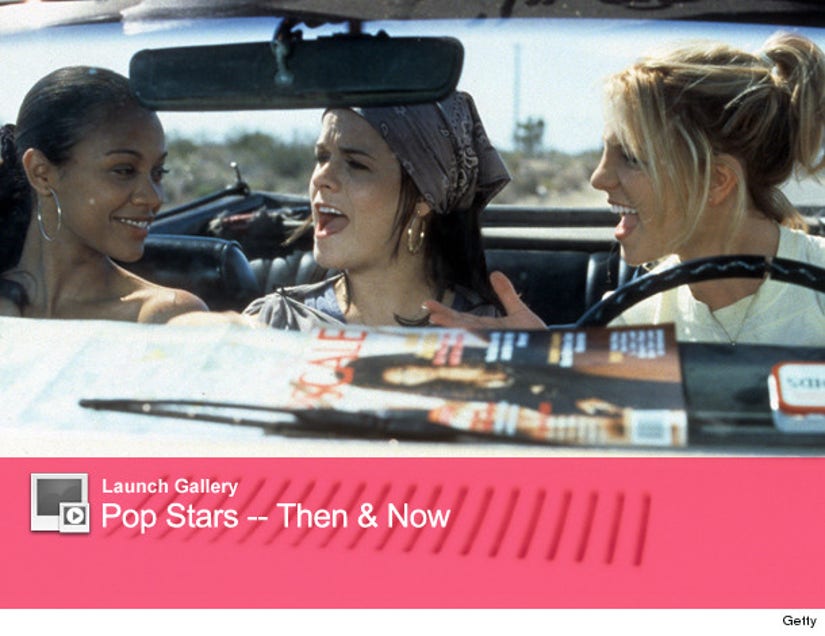