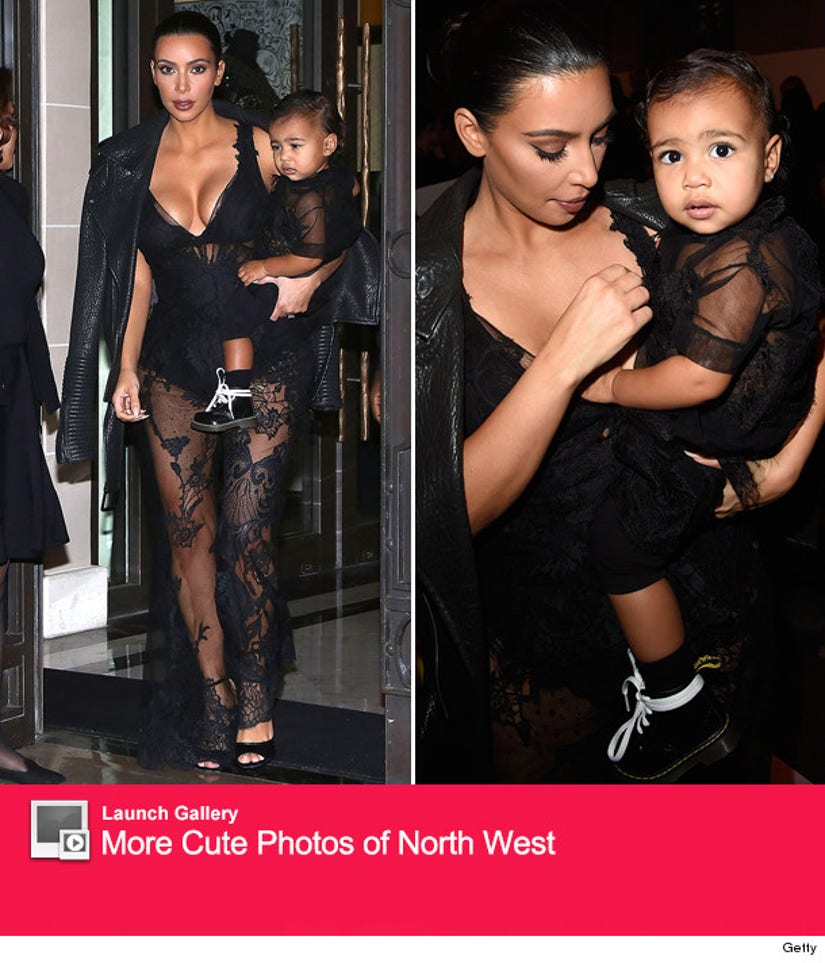 Another day, another ridiculous rumor for Kim Kardashian to tackle.

A YouTube video showing the reality TV star exiting her hotel in Paris earlier this week just started making the rounds -- with people suggesting it shows her forgetting to bring daughter North West with her as she left for the airport.

The video shows Kim walking out in the hole-covered outfit below, getting to the car and looking inside, before going back in and getting her daughter. Some commenters are alleging Kim thought her daughter would already be in the vehicle waiting for her ... and she was shocked to find it empty.

According to Kim, that's not the case.

The mom took to Twitter on Friday to fight back against the rumors, after hearing about them on her local radio station today.

"Heard on the radio today some story I forgot my daughter at our hotel as I'm leaving for the airport. Are you kidding me?!?!?! LOL," she writes.

"I went to the car to make sure the car seat was in because the day before we had a car seat issue," she continues. "Do u guys really think a 1year old would be inside the lobby by herself!Oh wait she was waiting to check out lol."

It's nice to see she has a sense of humor about the situation.

We're going to give Kim the benefit of the doubt on this one, as she's always the one who carries her daughter around. Think about it, how often do you see North being transported by a bodyguard or nanny? Plus, Kim never misses a photo opportunity!