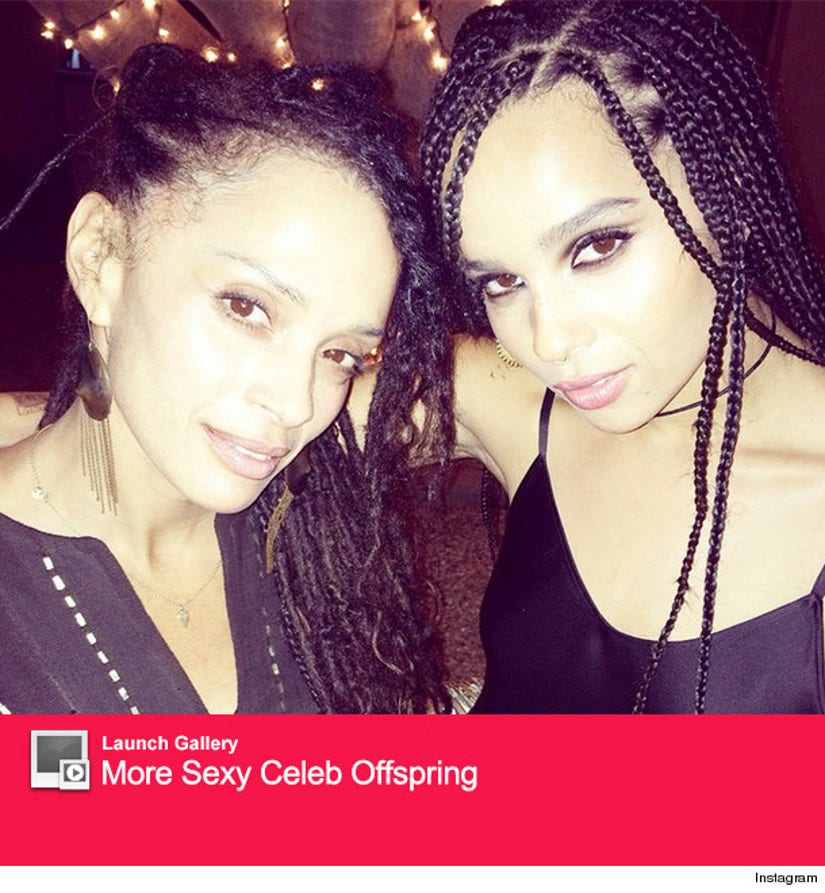 This mother-daughter duo could pass as sisters!

Lisa Bonet, 46, and daughter Zoe Kravitz, 25, shared a family photo on Instagram on Friday, showing just how alike the two of them look.

With their matching braids and soulful eyes, it's clear where Zoe gets some of her good looks from!

"Night out with my best gal. Thank you @michaelkors for an amazing night," she captioned the pic, which was taken at Michael Kors' Young Hollywood book party on Thursday in L.A.

Of course, Zoe also looks a lot like her famous father too, Lenny Kravitz.

The two recently got tattooed together to celebrate the release of Lenny's latest album, getting matching tatts from artist Tye Harris.

"At the last minute, he asked if we had some extra needles, because Zoe wanted to come too," Tye continues. "So they got matching tattoos. It was something Lenny said was really personal to him, as far as overcoming something in his past, saying 'Free At Last.'"

Zoe's parents split back in 1993. Lisa went on to marry "Game of Thrones" stud Jason Momoa in 2007; they have two children together.