Josh Duhamel's son Axl is not a fan of the paparazzi!

During an upcoming appearance on "The Ellen DeGeneres Show" ﻿on Tuesday, the proud papa talks about his one-year-old tot's "defiant" personality, which includes flipping off photographers.

The hunky actor shares a hilarious photo of his baby boy holding up his middle finger as he's snapped by some pesky paps.

"He just turned one! He's like, 'I love the paparazzi!'" he explains with a laugh. 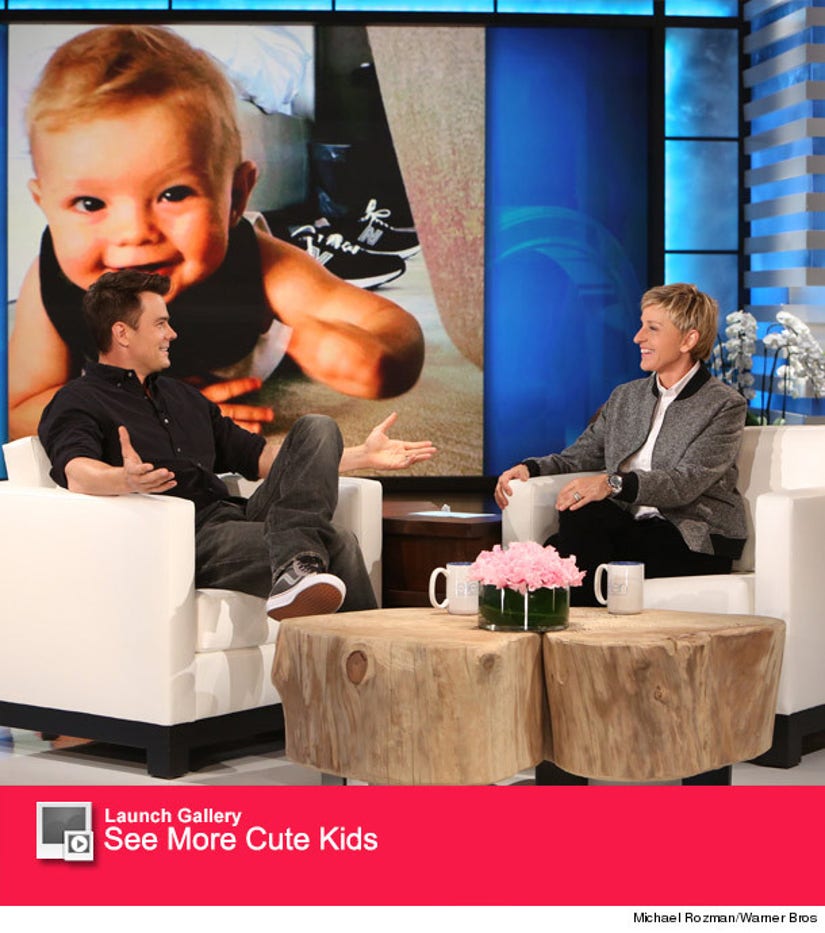 Fergie's other half also reveals that the singer had never held a baby before giving birth to Axl.

"I had two younger sisters, so I had a lot of practice growing up," he says about changing diapers. "She had never held a baby before having our little guy. I don't think she had really ever held a baby, especially a baby brand-new, before we had ours."

Check out the clip above to hear more about Fergie's diaper-changing skills!

After his interview, the "Transformers" star takes a turn in the dunk tank while wearing some pink "Ellen" underwear.

One lucky audience member gets to soak him for a good cause -- Ulta Beauty donates $10,000 to breast cancer research and Shutterfly donates an extra $10,000 to ALS research.

Watch the funny video below!