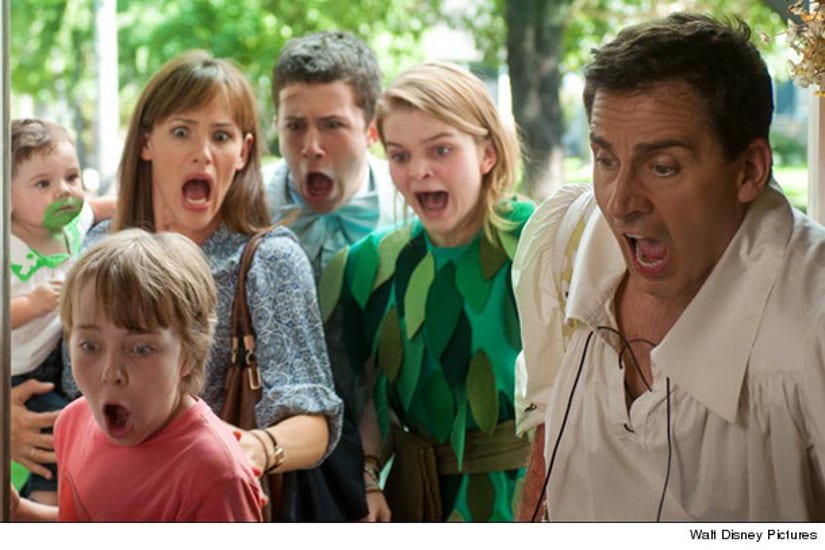 Dylan Minnette has found himself in some very good company.

At 17, the actor shares the screen with Steve Carell, Jennifer Garner and Jennifer Coolidge in this weekend's "Alexander and the Terrible, Horrible, No Good, Very Bad Day" -- and has already done projects with Hugh Jackman, Jake Gyllenhaal, Terrence Howard and Jack Black.

In the new family-friendly film, his character describes his life as "#blessed" -- and, while it's not a phrase Dylan uses in his everyday life, he did drop it while talking to us about his career.

"I've learned so many different things," Minnette tells toofab's Brian Particelli about his many costars. "I was learning everything to do right dramatically from Hugh and Jake and people like Terrance Howard. And then I go to this and I learn a lot about comedy and it's just – I feel like I've learned a lot of different territories and I love that."

"We all get along with Jack so well," he says of working on "Goosebumps" with Jack Black. "I guess I learned how to just be a cool, normal guy from him. Everyone I've worked with has been so great so I've also learned how to be off-camera as well and how you're going to be so much more successful if you act professional like all these guys I've worked with. I'm very #blessed to work with all these people.”

"That's the first time I've said that today ... it's not planned," he assures us.

But there was one costar who really had him cracking up on set: "American Pie" alum Jennifer Coolidge, who he shares one epic driving test scene with.

"What's amazing is that whole sequence is so long that I got to work with her multiple days and she's just so funny," says Minnette. "I think at times she had to be reminded that the movie was going to be PG because her improvisations were pretty out there. A lot of the things she was saying could not make it into this film."

If the Disney film does well, Dylan says he'd LOVE to do a sequel -- and already knows where he'd like it to go.

"I can already picture the title," he says. "This isn't giving anything away; this has nothing to do with it. 'Alexander and the Terrible, Horrible, No Good, Very Bad Road Trip.' Or 'Christmas.' I would also like to see them go for Alexander's next birthday to Australia on vacation. An Australian vacation!" 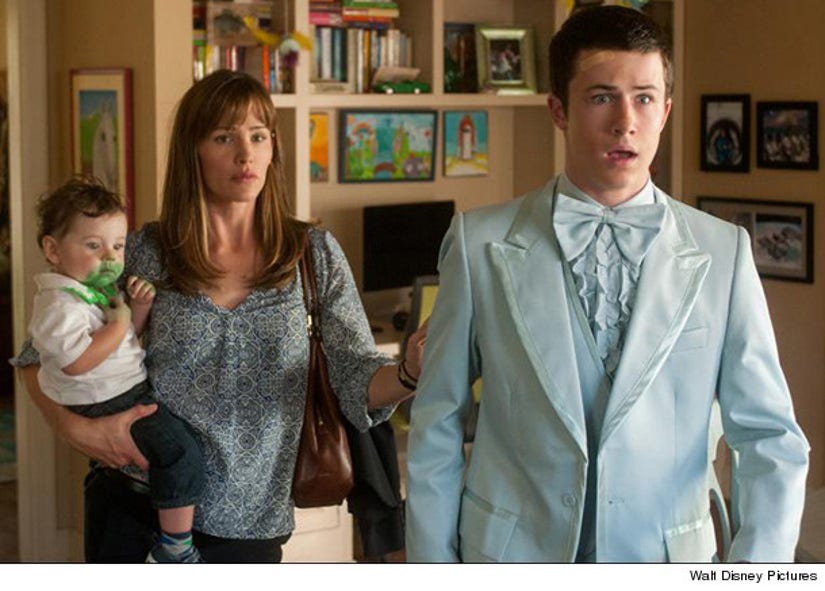 Until then, Minnette will be pretty busy though. Not only does he have "Goosebumps" and a return to "Agents of S.H.I.E.L.D." coming up, but he's also releasing an EP with his band, The Narwhals.

"I'm not really looking for anything. I'm kind of like, working with my band right now and I'm living life and I'm almost 18, so I'm just enjoying my youth and all my relationships with my friends," he tells us. "We just finished recording an EP and we're going to be putting that out around the same time as the ["Alexander"] soundtrack comes out. I'm so excited about that. I feel like we're actually beginning to start our career."

We'll be keeping tabs on this one!